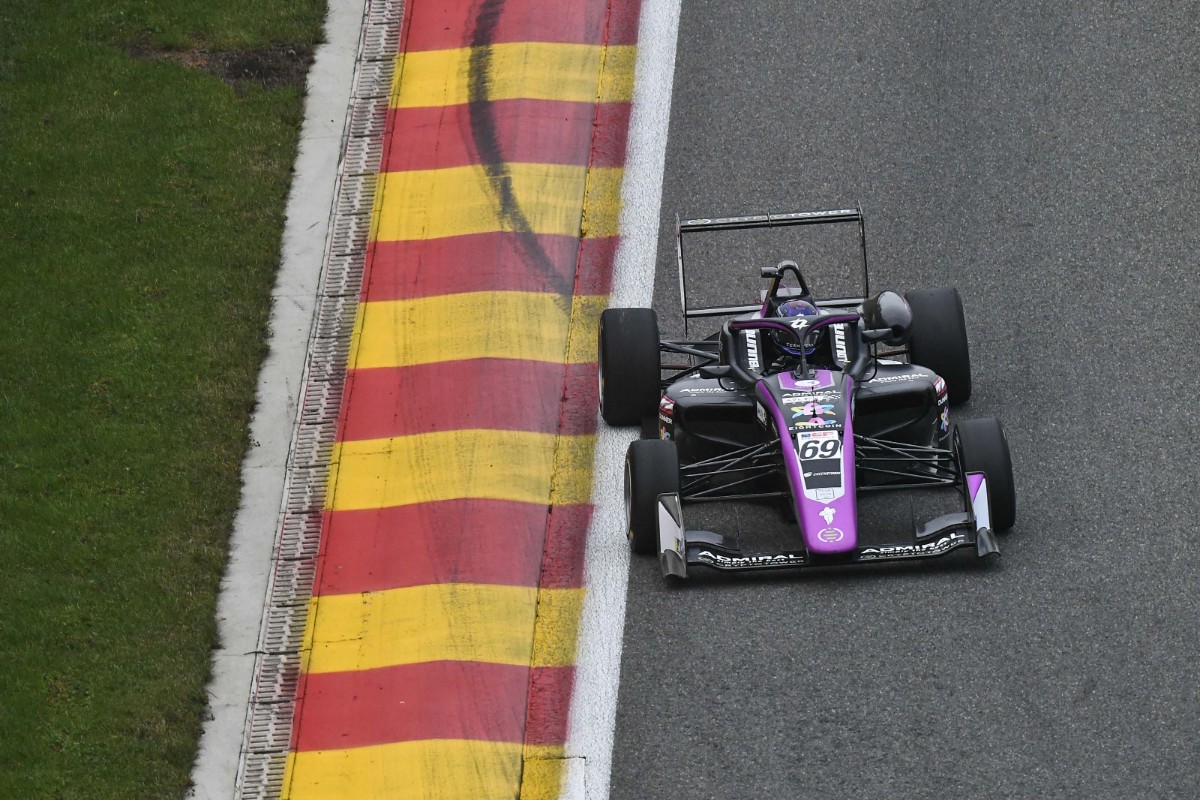 Ye started from pole but was passed by Dunner on the run to Les Combes, and an attempted move by Motopark’s Cameron Das around the outside of that corner led to both cutting across the chicane and dropping down the order.

This promoted Glenn van Berlo to second, from ninth on the grid, but he also cut across the chicane and handed the position over to Motopark’s Manuel Maldonado before the safety car was called out due to Double R Racing’s debutants Louis Foster and Benjamin Pedersen both having their races come to an early end at the very first corner of the race.

Ye emerged from the frantic opening lap in fifth, and gained third on the lap after the safety car restart when Carlin’s Zane Maloney made contact with van Berlo when trying to pass him for third.

Maloney’s team-mate Ido Cohen then demoted Ye to fourth at Les Combes, a place it took a while to reclaim. During this period Dunner and Maldonado pulled away, and neither was seen for the rest of the race as they went on to finish first and second.

Ye eventually created a margin in third, but could not close in on the distant top two, while a race-long battle went on for fourth. A rapid Cameron Das ended up claiming the place from Cohen, who after losing another spot to Motopark’s Niklas Krutten was handed a two-second penalty that also dropped him behind van Berlo, who lost ground mid-race.

Van Amersfoort Racing’s Estner brothers Andreas and Sebastian finished eighth and ninth, with CryptoTower’s Rui Andrade picking up the final point after Maloney’s race unravelled and he sank to 12th.