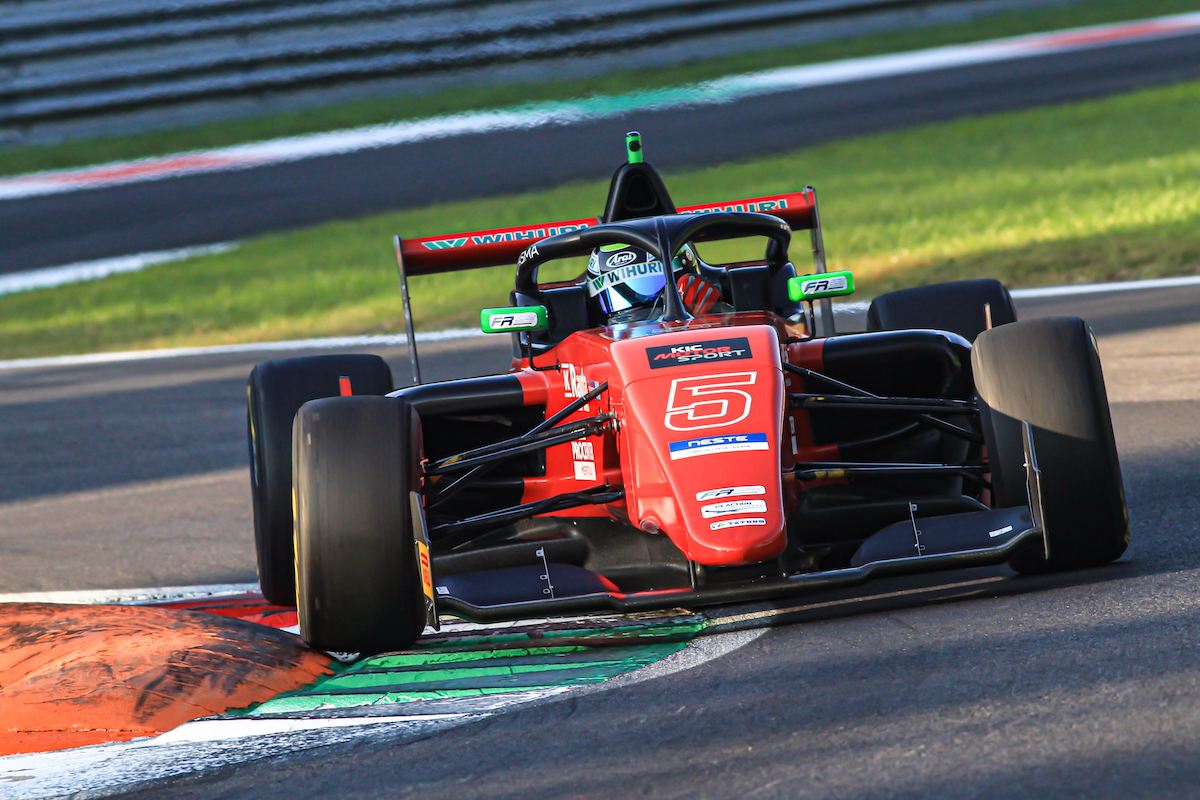 Pasma got ahead of polesitter Leclerc in the early stages of the 30-minute race to take the lead. Prema’s Gianluca Petecof slotted into second from third on the grid and immediately put Pasma under pressure.

It took a few laps, but Pasma was able to establish a significant enough advantage to control the race from the front.

Pasma eventually won by 2.253 seconds ahead of Petecof, who increases the championship lead he claimed in race two.

KIC team-mate Konsta Lappalainen came out on top of an early race scrap with Leclerc and Prema’s Oliver Rasmussen to take third place.

Rasmussen took fourth ahead of Van Amersfoort Racing’s Pierre-Louis Chovet in a battle that came about after the Dane took to the escape road at Turn 1 in the closing stages, allowing Chovet to put the pressure on.

Leclerc was a distant sixth, ahead of DR Formula’s Emidio Pesce. He slipped through the order in the opening stages before barely hanging onto the end of the pack in the second half of the race.

Prema’s Jamie Chadwick was eighth but had a five-second time penalty for an illegal overtake and collision with Gillian Henrion on the opening lap. Her position did not change. Henrion, who had struggled with brakes all weekend, retired after the collision.

Monolite Racing’s Andrea Cola was ninth and last of the runners. VAR’s Alessandro Famularo sustained a puncture on the opening lap having run wide at Turn 1 and was also penalised for an illegal start procedure.

Due to damage sustained in the second race of the weekend, KIC’s Nico Gohler did not make the start.