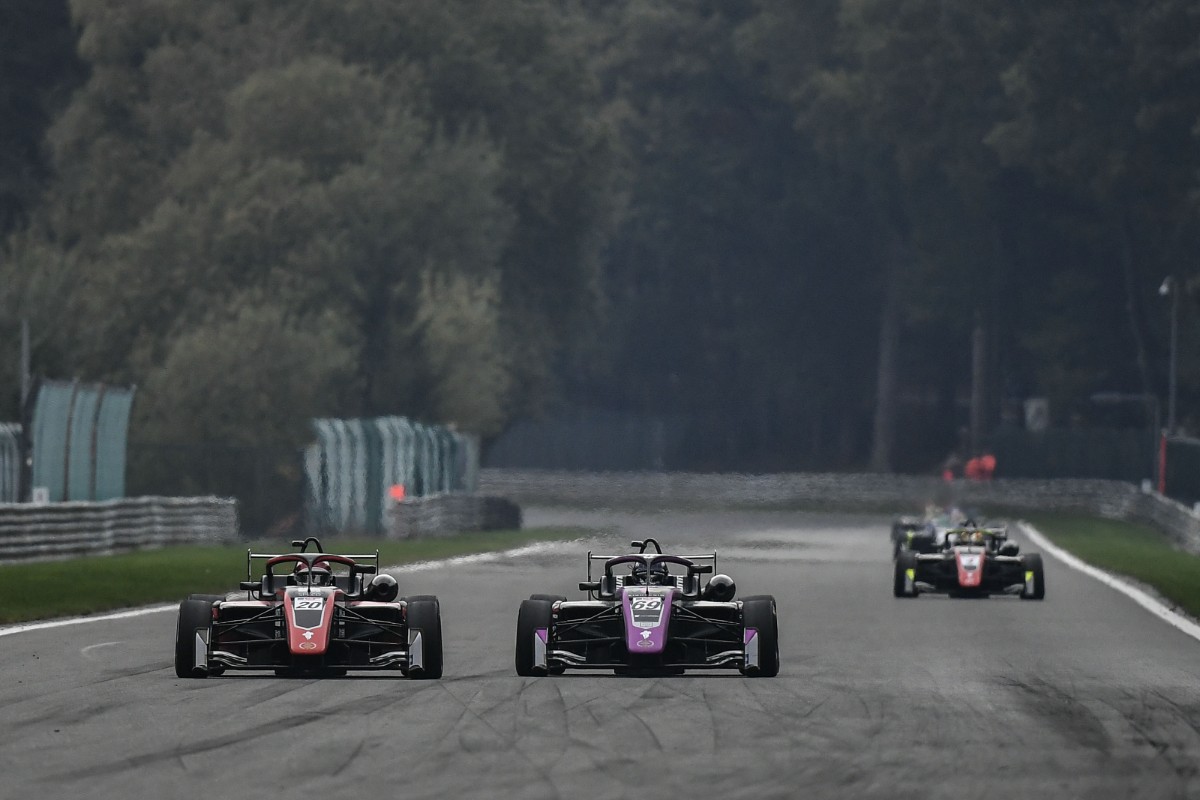 CryptoTower Racing Team team-mates and Euroformula title rivals Lukas Dunner and Yifei Ye have given their interpretations of their costly clash while battling for victory at Spa-Francorchamps.

The pair had traded the lead throughout the race, usually swapping places at the end of the Kemmel Straight, but on lap 13 of 15 the two were already wheel-to-wheel as they exited Eau Rouge, and as Ye tried to overtake Dunner they ended up making contact.

Ye went onto the grass at the start of the straight and spun, while Dunner’s left-rear tyre delaminated. Both drivers managed to complete the race outside of the points as their clash handed the win to debutant Louis Foster.

Speaking to Formula Scout after the race, the pair shared their views on the collision.

“It was all about passing and re-passing, so we were trying to be fair to leave each other enough room,” Ye said. “When the incident happened there were two or three laps to go, so there would still be some action on every lap.

“Going up through Eau Rouge I was very close behind him. For the little right kink after Raidillon he chose to turn left first to break the slipstream, so then I see I have to get him because I can’t just lift as we were just racing.

“I tried to go on the left and he blocked the left side so I had nowhere, but he just pushed me out on the grass and because the grass was wet I just spun out on the straight.

“Normally, the standard line is the inside line, you don’t normally go around the outside of the kink. Normally you do it to block. He had to see that I was already that close so he cannot just zig-zag everywhere.

“At that moment I chose to go around the outside, he has to see that I’m already there, but obviously he didn’t see me so he kept going on the left and that’s how the incident happened.”

“I knew he will overtake me, but normally you overtake in the middle of the straight but he was already really, really fast.

“In the beginning, he was close and my plan was to give him the inside, but I was going first to the right, and then a bit to the left. So for him, when he saw me going a bit right he said ‘OK, I take the left’. But I was moving to the left already and he touched with his wing my tyre. I went more, more, more and he ended in the grass so for me I can say OK I could have stayed more on the right.”