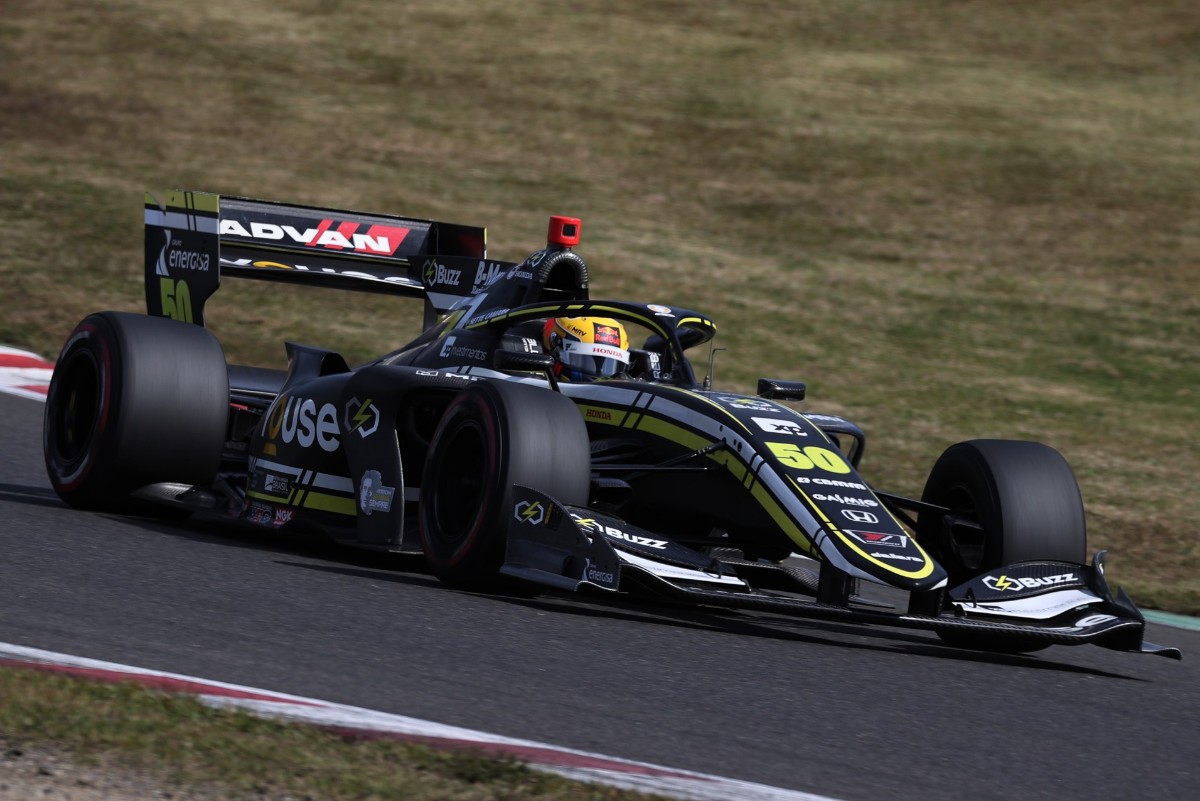 Sergio Sette Camara’s race-ending crash from his Super Formula debut at Sportsland SUGO was due to being caught out by the cold on new tyres.

The Red Bull Racing Formula 1 reserve driver had taken a surprise pole position and after being passed by Team Impul’s Ryo Hirakawa had run in second place through the first 17 laps of the 53-lap race.

His hopes of a podium quickly expired though as a slow in-lap, during which he was passed by Dandelion Racing’s Naoki Yamamoto and TOM’S driver Nick Cassidy, was followed by a very slow pitstop by his B-MAX Racing with Motopark team, and then a crash on his out-lap.

The incident occurred after just four corners of him returning to the track, as the Brazilian locked his brakes on the way into the corner and then slid through the gravel trap and into the barriers.

The lock-up appeared small, prompting initial speculation that the crash was predominantly car-related, but it was confirmed to Formula Scout by Motopark team principal Timo Rumpfkeil that Sette Camara had in fact just been caught out by the combination of cold tyres on a cold track.

Sette Camara was still upbeat after his retirement though, having made an impact on his debut after missing the first two rounds of the season and then limiting his running in Sugo practice with a red flag-causing spin.

While he was fortunate to get through the first stage of qualifying, he then claimed three points with pole position and is already up to 16th in the standings.

The next Super Formula round is at Autopolis on November 14/15, with Sette Camara expected to remain in his seat and an anticipated debut of Red Bull junior Juri Vips at Team Mugen after he secured the neccessary visa to travel to Japan last week.

Vips will take the place of Red Bull athlete Ukyo Sasahara, who also retired at Sugo after struggling with tyre management.