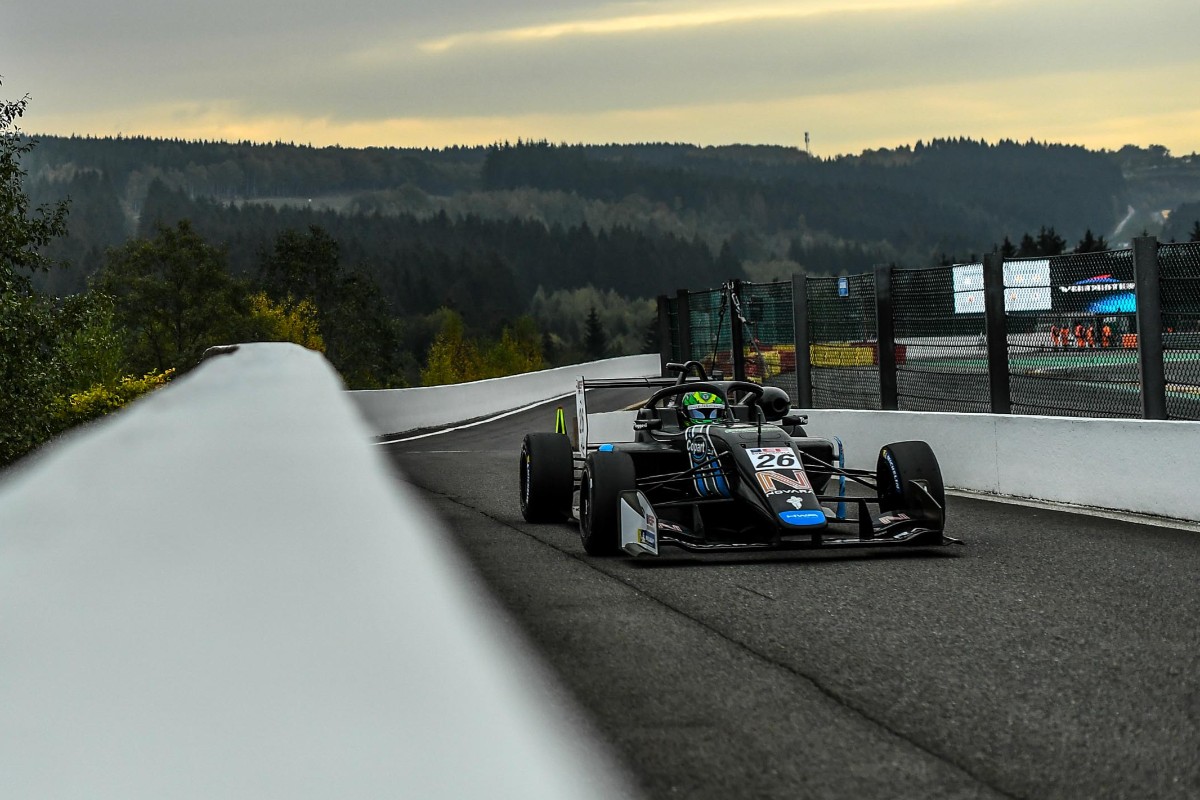 Dunner had the advantage at the start from pole, and unlike race one he was able to keep the lead through the opening lap as Double R Racing debutant Louis Foster made his way up to third place by slipstreaming past Cameron Das at Les Combes.

Ye wasn’t close enough to try a pass on Dunner at Les Combes on the next lap, but Carlin’s Zane Maloney was more ambitious in going for third place and ended up making contact with Motopark’s Das. Both ended up getting punctures, with Maloney failing to make it around the lap while Das returned to the pits.

Maloney’s stricken car required a safety car period, and Ye made it past Dunner for the lead just before it was called out.

This time Dunner stuck closer to Ye and reclaimed the position the lap after, with prompted a more aggressive defence by Ye. With two laps to go he was on Dunner’s rear through Eau Rouge, but as he went to pass down the Kemmel Straight he hit the grass and spun.

Dunner then slowed with a left-rear puncture, although contact with Ye was not immediately obvious, and bounced heavily across the Les Combes kerbs. He hobbled back to pitlane, while Ye lost 30 seconds before getting moving again.

This handed the lead to Foster, and the Briton – who missed most of free practice after crashing – held on to claim an unexpected win.

The battle for second went down to the wire, with Glenn van Berlo and Cameron Das both making overtakes at Les Combes as a result of cutting the chicane.

The call to hand positions back didn’t arrive until the final few corners, and as they slowed when they came to the finish it was Carlin’s Ido Cohen who finished in second ahead of Drivex’s van Berlo and Das – who had got onto the back of the pack thanks to the safety car and then overtaken lots of drivers.