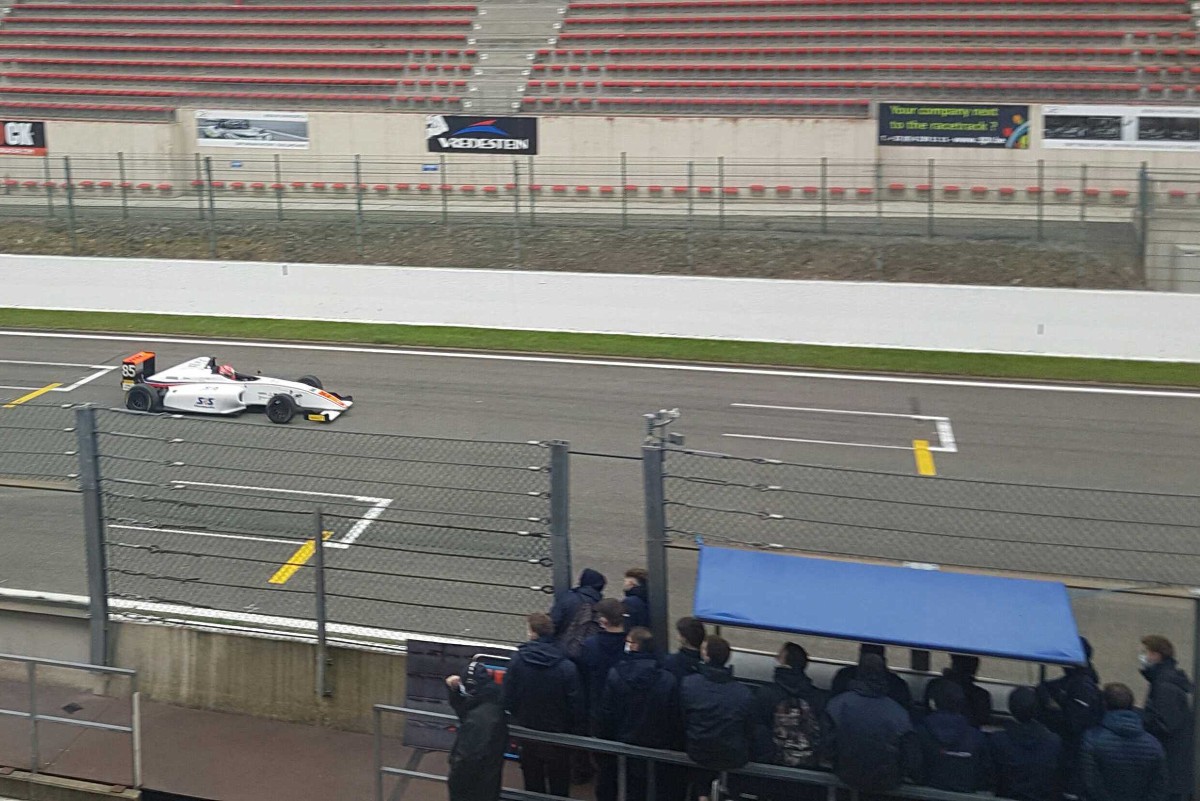 Ivan Peklin started the race from pole ahead of World Karting champion Marijn Kremers, but both drivers were at the back of the field by the end of the opening lap and Kremers actually took to the pits to retire.

Rafael Villagomez emerged in the lead ahead of Sato and Loris Cabirou, before the safety car was summoned after Isack Hadjar’s race ended on the opening lap.

On the restart there was little Villagomez could do to hold off Sato, and the reigning Japanese F4 champion passed him as they went down the pit straight at the end of the restart lap.

From there he just pulled away, as fellow Honda junior Ayumu Iwasa worked his way up the order (starting further back having won race one) to challenge Villagomez for second place.

He made his move with three laps to go, with Villagomez then losing further spots and ending up finishing fifth as the two Honda juniors raced away to continue their domination of this season.

Valentino Catalano and Noah Andy were also classified ahead of Leroux, who finished eighth ahead of Peklin.