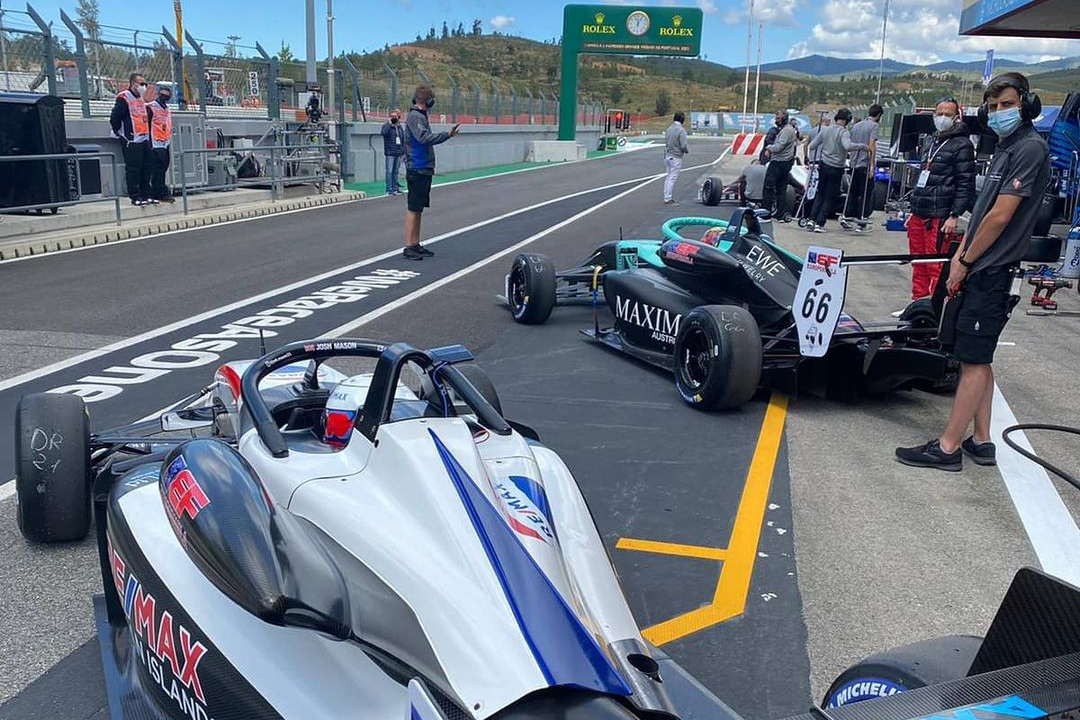 The field headed out on track shortly after Formula 1 completed its first practice for the Portuguese Grand Prix, and it was Drivex School’s Enzo Scionti who was first to leave the pits.

Van Amersfoort Racing’s Rafael Villagomez was the early pacesetter, before Mason led the charge into sub-1m40s territory and was on top when the first stoppage occurred as CryptoTower Racing Team’s Nazim Azman went off into the gravel and had to have his car retrieved.

While his Dallara 320 didn’t appear to show immediate damage, he didn’t return to track to improve on his early laptimes.

Series returnee Andreas Estner briefly knocked Mason off top spot with a 1m38.224s lap, but the BRDC British Formula 3 race-winner responded by breaking into the 1m37s.

Estner did the same, but was 0.169 seconds slower and was denied the chance of a late flying lap when red flags were waved again with just over a minute to go and brought the session to an early end.

CryptoTower’s Louis Foster was third fastest and the only other driver in the 1m37s, while Drivex’s Enzo Trulli – son of F1 grand prix winner Jarno – vaulted up to fourth place towards the end with a 1m38.145s lap.

The top 11 cars (discluding Azman after his off) were spread by 2.144s, while Motopark’s Red Bull junior Jak Crawford remained in the pits as work takes place on his entry eligibility as he does not turn 16 until Sunday, when he can apply for his next international racing licence.