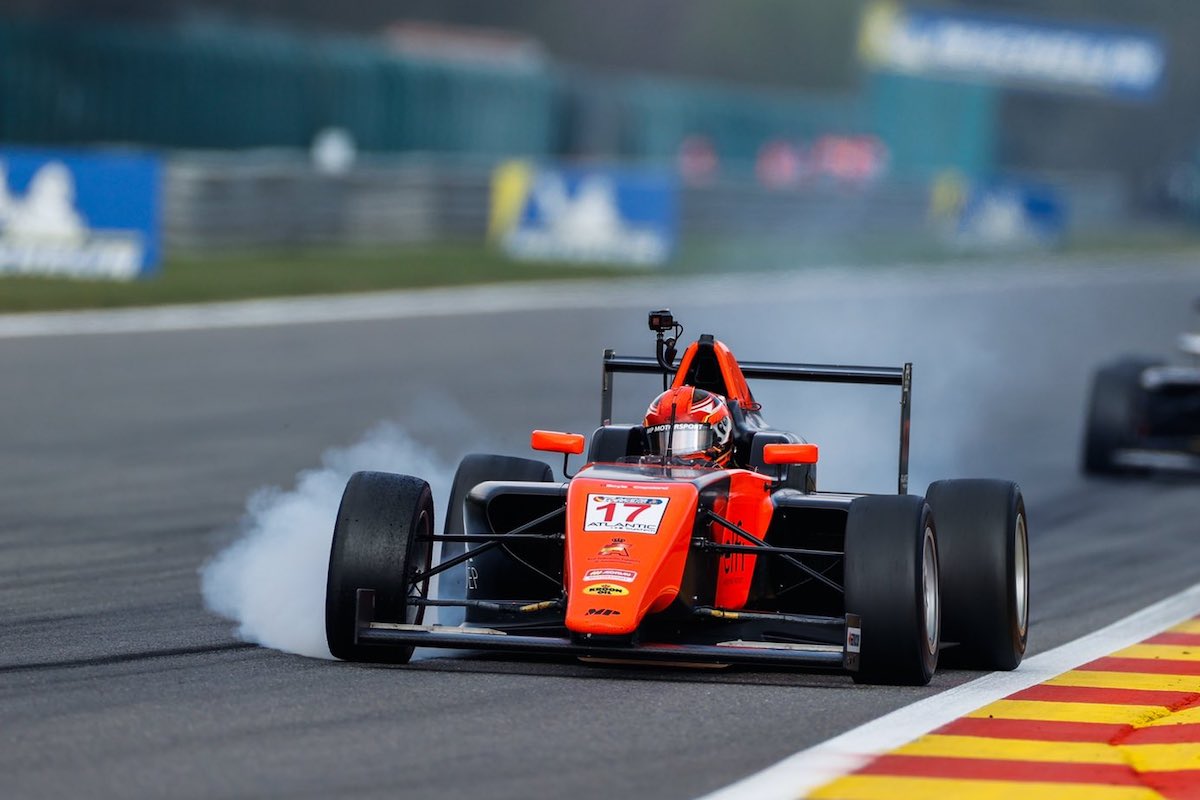 Dilano van’t Hoff took another victory in the second race of the Spanish Formula 4 season at Spa-Francorchamps, this time under pressure from Pepe Marti.

With the grid set by the results of Thursday’s second qualifying session, MP Motorsport driver van’t Hoff started from pole position and kept the lead at the start while Campos Racing driver Marti shot from fourth to second before the field reached La Source for the first time.

After the second and third laps were run under safety car, Marti pulled alongside van’t Hoff on the way up to Les Combes on the restart but couldn’t find a way past.

Van’t Hoff’s lead was briefly as much as one second in the middle of the race, but Marti had closed up again come the penultimate lap. In the end, van’t Hoff held on to win by 0.715 seconds.

Four seconds behind the lead pair, Jenzer Motorsport driver Santiago Ramos had a relatively quiet run to third place, although he only held the position at the end by 0.354s over Rik Koen.

After starting third, former Ford Fiesta racer Koen had slipped to seventh at one stage after the restart but set the fastest lap as he recovered ground late on.

Having run van’t Hoff close in race one, Dani Macia was on a charge in the early part of the race from 10th on the grid, clearing MP drivers Koen and Noah Degnbol in the first lap after the restart to gain fourth.

His fellow race one podium finisher Alex Dunne also looked to make up ground from seventh on the grid. He too cleared Koen after the restart and tried to pass Degnbol a lap later, only to dislodge his own front wing as he pulled out from behind, causing him to overshoot Les Combes before pitting.

Macia then faded considerably in the closing stages, enabling Koen to take fourth and Degnbol to take fifth – but only after late contact with Francesco Braschi at Les Combes that sent the Jenzer driver into the barriers and is under investigation.

Another MP driver Georg Kelstrup also beat Macia to finish sixth, recovering well from a first-lap coming together at Les Combes that ultimately took sole GRS entry Vladislav Ryabov out of the race and dropped himself down to 13th.

The safety car was required to retrieve the car of Suleiman Zanfari, who went straight on into the barriers at Pouhon after something appeared to have broken on his MP entry.