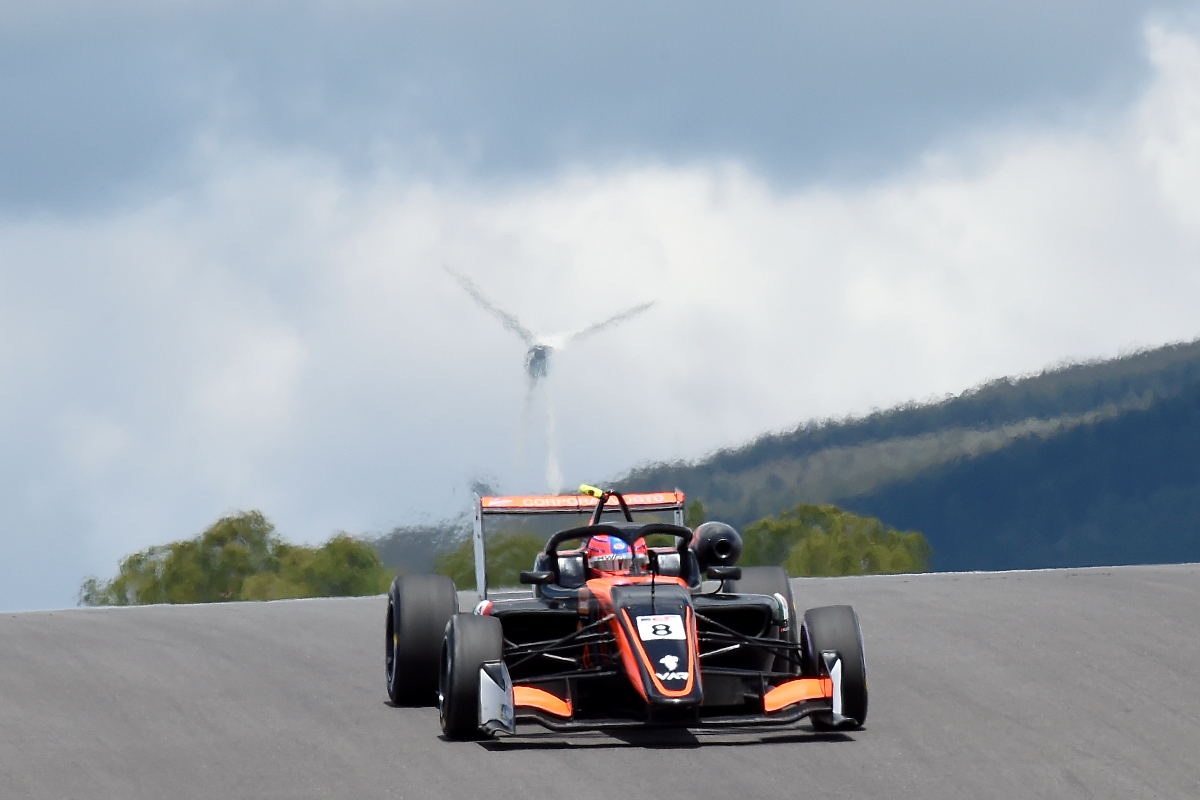 Van Amersfoort Racing’s Rafael Villagomez set the fastest lap in second Euroformula free practice at Algarve before going into the gravel and bringing a premature end to the session.

CryptoTower Racing Team’s Louis Foster spent some time early on in FP2 at the top, but he then didn’t improve on his initial 1m38.643s lap for some time and ended the session in fourth with a 1m38.243s.

Andreas Estner, who like Foster fought at the front in Euroformula last year, rose to fifth place late on and was 0.008s up on his VAR team-mate Casper Stevenson in a top six covered by less than four tenths of a second.

Enzo Trulli was almost three quarters of a second back in his Drivex School-run Dallara 320 in seventh place, and just ahead of Double R’s Zdenek Chovanec.

As in FP1, Motopark’s Red Bull junior Jak Crawford didn’t participate and it now looks unlikely that he will race this weekend in the Portuguese Grand Prix-supporting season opener.