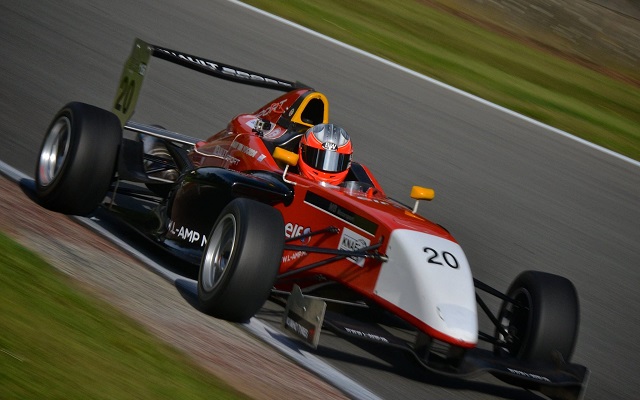 The Dutch driver, who switched from Pirosports to MB Motorsport ahead of this round, took pole position for both races, which will be held on Saturday.

The top ten was completed by Marcel Lenerz, Paul Sieljes and Nico Otto.

The starting grid for the second race was determined by the second-best times in the qualifying, with ten Voorde granted another pole.

De Pasquale and Janits will switch positions behind the polesitter for race two, as will Aron and Esmeijer.

Defourny will again start sixth as Lenerz, Sieljes, Otto and Oliver Soderstrom take the rest of the places in the top ten.

Janits fastest in both FR1.6 practice sessions at Zolder