Dillmann holds off Nissany to win at wet Hungaroring 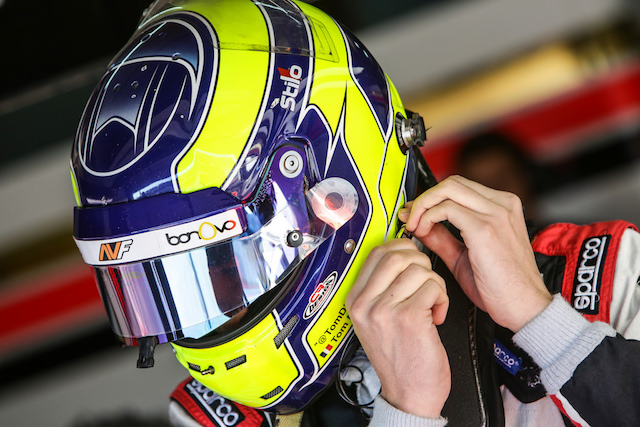 Tom Dillmann converted a Formula V8 3.5 pole position into his first series win?at the fourth time of asking, but only after surviving a late attack from?Roy Nissany on a soaking wet Hungaroring.

It was another far-from-straightforward race for?Dillmann, who went off on the first green flag lap after a safety car start and lost the lead to Matthieu Vaxiviere.

A safety car however played back into the hands of Dillmann, who had already made his mandatory pitstop, while Vaxiviere had not.

A crucial pass on the also-early-stopping Aurelien Panis after the restart meant Dillmann led once Vaxiviere and others had came in for their pitstops.

The race wasn’t won yet though because Nissany, recovering after?spinning out of second?at the final corner when the race began, also got past Panis and?cut the gap to Dillmann?at more than a second a lap.

Nissany, in the country where he grew up and where his father Chanoch famously took part in a Formula 1 practice session, was right with Dillmann on the final lap but was unable to find a way past.

Panis finished over 10 seconds back in third with fellow Aragon winner Louis Deletraz a similar distance back again in fourth after an adventurous race, finishing just ahead of Vaxiviere.

Despite a glance with the barriers early on,?Yu Kanamaru?was running sixth before spinning at the penultimate corner and dropping to 10th as the last finisher.