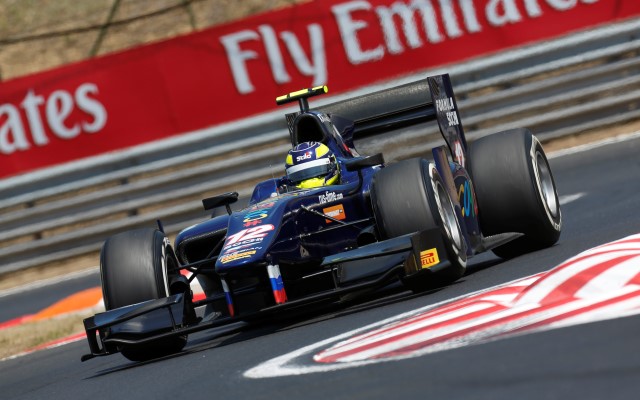 Dillmann’s quickest lap came in the first half of the session thanks to a superb middle sector time. Practice pace-setter Bird came close to matching his time late on, but fell 0.077 seconds short.

Together with Sergio Canamasas, Bird was under investigation for an incident at the end of the session.

Fabio Leimer did manage to separate the Russian Time duo until Bird’s improvement, relegating the Swiss driver to third place. Felipe Nasr bounced back from missing the majority of the practice session due to an early spin to claim fourth place, ahead of early pacesetters Marcus Ericsson and Stephane Richelmi of DAMS.

Jolyon Palmer was a threat throughout the session but had to make do with seventh, ahead of Rio Haryanto, Alexander Rossi and Daniel De Jong.

James Calado, another to spin in practice, was only 14th while championship leader Stefano Coletti was back in 18th.