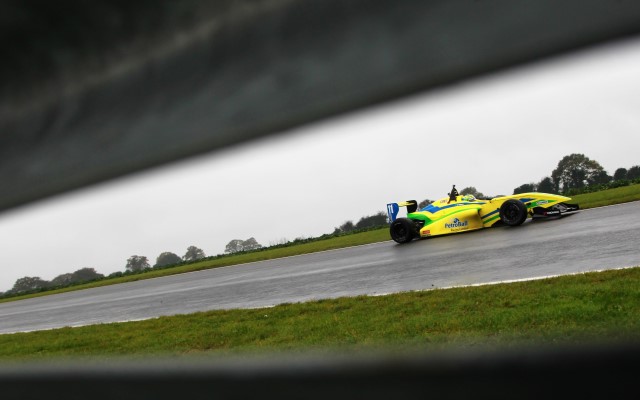 Gaetano di Mauro denied Will Palmer a clean sweep of victories in the BRDC F4 Winter Championship opener at Snetterton by winning the fourth and final race of the weekend.

Starting from pole, Palmer retained the lead initially but then went off later on the first lap, handing the initiative to di Mauro.

On a clear track, that was dryer than earlier and good enough for everyone to start on slicks, di Mauro was able to extend his advantage over Palmer, taking the chequered flag just under six seconds clear.

Jordan Albert scored his second podium finish of the weekend in third, passing Rodrigo Fonseca early on and then withstanding mid-race pressure from Connor Jupp, who also got ahead of the Mexican.

At the midway point of the eight-race series, Palmer leads di Mauro by 12 points in the standings.

Palmer makes it three from three at Snetterton