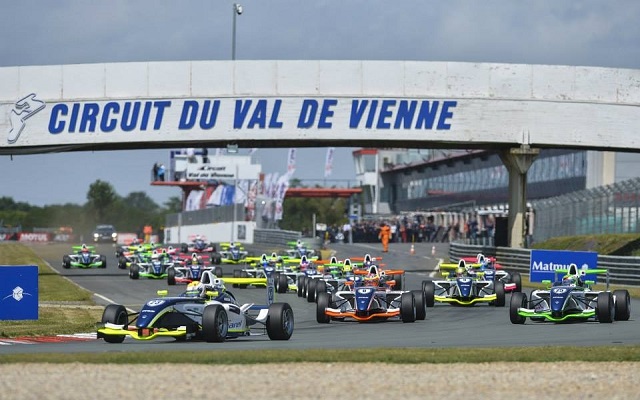 Just as in the two seasons preceding this one, there wasn’t much of a title fight as Dane Lasse Sorensen established himself as top dog at the season’s halfway point and strolled to the title.

However, besides him, there were still a number of exciting talents – both domestic and international – racing in a highly-competitive field.

Here PaddockScout takes a look at the excellent 2014 season and the best drivers who took part. 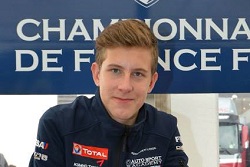 The younger brother of illustrious FR3.5 race winner and Lotus junior Marco Sorensen had two solid seasons in the national Formula Ford series, winning races but missing out on the title on both occasions. This, however, was by far his breakthrough year.

After narrowly missing out on the win in the opener, he recorded his first and only non-score of the year in the second race and would only miss the podium three more times in the 19 remaining races. Consistency is one thing, but, having been one of the frontrunners in the early rounds, he then set the tone for the season with two hat-tricks at Val de Vienne and Nogaro – no small feat in a series which features reverse-grid races. He deservedly clinched a title with a round to spare.

The Dane sampled Formula Renault 2.0 machinery with Manor MP at Jerez as a Renault Sport invitee and can hopefully find a way onto the Eurocup grid in 2015. After his brilliant season, he deserves that much. Season rating: 9/10 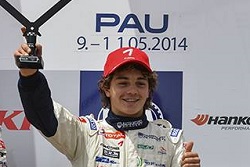 Having become an international karting star in 2013, Lotus protege Boccolacci was a huge signing for this year’s French F4 field and lived up to high expectations.

He made his way from ninth on the grid to third in his debut race and seemed to generally outperform his qualifying results over a multi-lap distance. His only two wins both came in light-to-flag drives at Pau, but he continued to impress afterwards, notching up another five podiums. He could’ve very well added a third victory, but was denied by Sorensen at both Val de Vienne and Nogaro.

Boccolacci enjoyed a very fast run in the FR2.0 test at Jerez with Prema and it would make sense for him to be stepping up to those cars next year. Season rating: 8 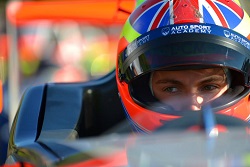 The Anglo-Swiss racer finished sixth in his debut year in the category in 2013, but stayed for another year, as age restrictions prevented him from moving up the ladder.

Unsurprisingly, he was one of the quickest drivers around, racking up numerous podium finishes and managing two defensive drives from pole to victory at Magny-Cours. His points tally would’ve been larger if not for the frequent non-scores, which included a tough weekend at Jerez, several incidents and a costly trip into the gravel at Val de Vienne.

Still, in a strong field like this, Hirsiger more than proved his worth. He enjoyed a solid run with ART Junior Team in the Eurocup rookie test and will hopefully find a seat in one of the FR2.0 categories. Season rating: 8 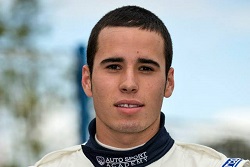 He enjoyed plenty of success in karting, but Mawson’s fantastic first impression in the world of car racing was still not quite expected. At Le Mans, he fended off Sorensen to win his debut race, fought his way up to the podium from tenth in the reverse-grid outing and then won a thrilling weekend finale.

The rest of his season didn’t live up to that but, really, how could it? A messy weekend at Pau followed and yielded no points and while he was back out front after that, he couldn’t really keep up with the title fight. Still, Mawson is no one-hit wonder, as he delivered another superb outing at Jerez before ultimately missing the finale due to a safety issue in a cracked chassis.

A stellar show of pace in his Eurocup test with Fortec should have hopefully attracted the attention of a number of FR2.0 teams. Season rating: 8 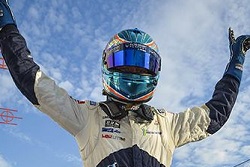 SMP Racing protege Bulatov followed in the footsteps of Egor Orudzhev and Matevos Isaakyan, joining French F4 for his first season in cars.

Despite not having the best karting CV around, he took to the machinery extremely well and was consistently present in the top ten. He was one of the season’s nine winners as well, triumphing in reverse-grid races at Pau and Magny-Cours.

SMP will probably retain him after a season like that and will hopefully help the youngster get further up the ladder. Season rating: 7 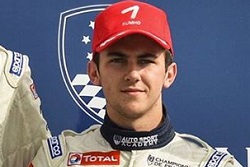 Moineault’s claim to fame in karting was finishing second to Max Verstappen in the 2013 CIK-FIA European Championship’s KF class and, as such, he was a welcome addition to the French F4 grid.

A great qualifier right from the get-go, he nonetheless somewhat struggled for consistent race results early, although delivered his first two podiums at Pau and Val de Vienne. He then improved as he went along, scoring in the final 11 races of the season, which included a superb win from pole in the Paul Ricard finale.

He’s clearly got plenty of potential and should be able to move up after 2014. Season rating: 7 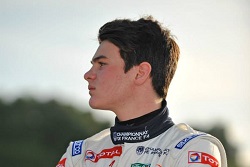 2014 marked the second season in a row that Patricio O’Ward joined an ongoing season – last year, he finished seventh after a solid part-time campaign in FR1.6 NEC.

However, the 15-year-olds exploits in French F4 were even better. In his 15 starts, he was supremely consistent, managing ten top-five finishes – in that time, only Sorensen had more. His first podium finally came at Jerez and he got to celebrate a maiden victory a round later in the reverse-grid Paul Ricard race.

As he’ll be 15 until May of next year, he could very well stay in French F4 for another season. However, he could also wait it out and then join one of the FR2.0 categories, which wouldn’t be a shock as he’s done very well in the Jerez test. Season rating: 8 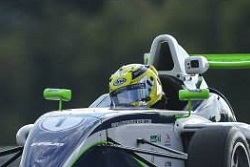 London-born Swiss youngster Hokfelt enjoyed a solid two outings in last year’s French F4, recording a best finish of sixth, so his return to the series for a full schedule was a no-brainer.

He started the opening race at Le Mans from the back of the grid, but battled his way up to seventh – and managed the exact same feat again in race three. At Val de Vienne, he narrowly held on to his first podium – and while he wouldn’t record another top-three finish, he continued to reliably rack up points.

He’d have scored more if not for being knocked out of good finishing positions at Pau and Jerez. Claims he’s looking to race in Alps or NEC in 2015 and would be a good addition to either grid. Season rating: 7 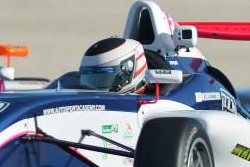 After a muted first season in French F4 only yielded 12 points, Richard made his return to the category for 2014, aiming for improvement.

He started the season well, recoding a number of top-five finishes over the first three rounds, albeit the maiden podium continued to elude him. After a bit of a mid-season slump, which featured three pointless rounds, he finally bagged his first top-three finish at Paul Ricard.

Tested FR2.0 machinery during the season and shouldn’t be out of his depth in one of the regional championships. Seaston rating: 6 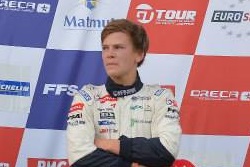 Having found success on the French karting scene, winning in Rotax France and finishing runner-up in the national championship, Hasse-Clot came into the championship as one of the top domestic talents on the grid.

He notched up a few decent finishes early on and had a real shot at taking a reverse-grid victory from pole at Val de Vienne, but spun out later in the race under pressure from Boccolacci. Still, he recovered in the subsequent rounds at Magny-Cours and Nogaro, scoring two podiums.

His final stint in the season was muted, but, overall, he proved he can cut it at this level. Hasse-Clot has mentioned he could return to F4 for another year, but would prefer a step up to FR2.0. Season rating: 6

Rest of the grid

The 2014 season saw nine different winners in 21 races, largely due to use of the reverse-grid format. Two of them didn’t wind up making the top ten. FFSA protege Bryan Elpitiya won in his second single-seater start from pole, but could only finish as high as sixth for the remainder of the season and ended up 13th overall. Meanwhile, top Swiss karter Gjergj Haxhiu had only scored two points leading up to Jerez, but struck gold at the Spanish track, controlling the reverse-grid race to secure his first win, which would help him to 16th in the standings.

The second race at Jerez was indeed a notable one, yielding a maiden top-three finish for all the drivers on the podium. After a solid uphill season, David Droux claimed second place, while Niclas Nylund punctuated a breakthrough round with third. The duo wound up 12th and 15th overall respectively.

Vladimir Atoev could’ve been the tenth different race winner of the season, having crossed the line in first in race two at Nogaro after making contact with Max Defourny, but losing the win due to a post-race penalty. He wouldn’t make it to the podium for the rest of the season but came close on several occasions and was a reliable points-scorer, which allowed him to end up 11th. Defourny, meanwhile, enjoyed a superb three-round guest stint – after being taken out of the lead at Nogaro, he rebounded with a maiden podium in the Paul Ricard finale.

Nordic exports Simo Laaksonen and Reuben Kressner finished 16th and 17th in the standings, with six and five points finishes respectively. Kressner’s best shot at a podium came in the first reverse-grid of the season, which he started from front row – however, despite defending well early on, he ended up tumbling down the order. Laaksonen, meanwhile, enjoyed a breakthrough result at Pau, holding on to second in race two.

Finally, Brit Harrison Newey, son of Red Bull engineer Adrian, deserves a shout-out, having made his car debut in the Paul Ricard finale and breaking into the top ten in his third race.