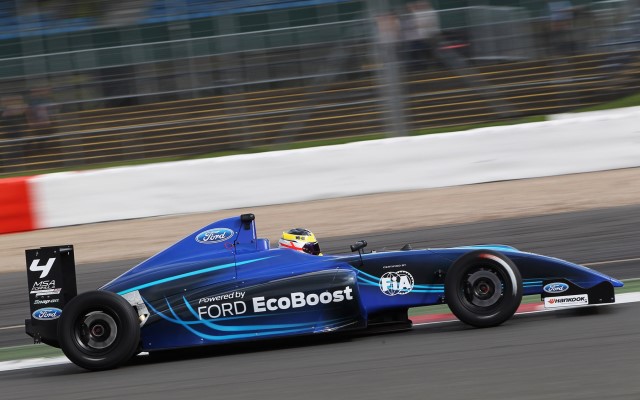 Arden will join fellow single-seater big-hitters Carlin and Fortec in competing in the new MSA Formula series in 2015, as part of a roster of 12 teams that have secured the 32 available cars.

The 12 teams to run either two or three cars each, and include GP2, GP3 and FR3.5 entrants Arden Motorsport together with long-time F3 combatants Carlin, Fortec Motorsports and Double R Racing.

Five teams from the outgoing Formula Ford series are also admitted. These are triple champions JTR, rivals Falcon Motorsport and MBM Motorsport, as well as Richardson Racing and SWB Motorsport.

The remaining three teams are Formula Renault converts Scorpio Motorsport, as well as JHR Developments and Team Pyro, who were champions on the?same British Touring Car Championship support package as Formula Ford in 2014, in Ginetta Juniors and Renault Clios respectively.

Gerard Quinn, Head of Ford Racing in Europe, explained that incredible demand led to numerous teams being turned down.

?On the day we unveiled the car we received 70 provisional orders,” he said. “This translated into a remarkable 50 cash deposits for cars, so together with the MSA we have had to look carefully at every proposal; inevitably we have had to disappoint some people.

?The great news is that MSA Formula has generated such excitement and anticipation that it has attracted 12 quality teams, that all 32 cars have found buyers, and that the new championship is set to be a huge success.

“Ford has supported junior single-seater racing in Britain through financially challenging times in recent years, and it is great to be able to look forward to a return to big grids, close competition and the emergence of some great new young driving talent.

?Ford is receiving serious enquiries from other countries around the world who are interested in launching officially certified Formula 4 series powered by Ford EcoBoost, presenting opportunities for us to be involved as we have done with Formula Ford in the past.?

The teams will all receive at least one of their chassis before the end of 2014, with the others following before the opening round of 2015 at Brands Hatch in April. Drivers will fight for the title of FIA Formula 4 Champion of Great Britain.