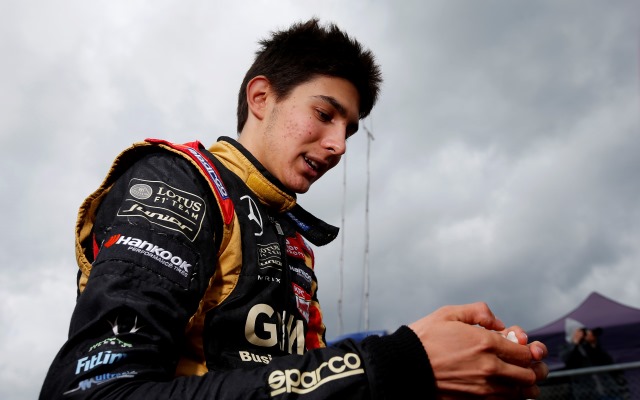 FIA F3 European Champion Esteban Ocon will take part in the Race Of Champions in Barbados in December.

“Now to come to the Race Of Champions is a dream come true,” said Ocon. “When I was a kid I came to watch it at the Stade de France in Paris so I?m really looking forward to seeing how everything works.

?I love short tracks with plenty of turns so that should be great. The main challenge will be to drive a car with a roof because I?ve never even tested one before ? indeed I don?t even have a driving licence! But it shouldn?t be a problem; I?m good at getting on the pace so I will adapt quickly, then we?ll see how far I am from the best.

?I?ve known Romain for three years, ever since I started coming to the Lotus F1 Team factory. So I?m really looking forward to teaming up with him and hopefully we can achieve a good result for Team France on Saturday. Then it will be even better to try and beat him in the individual Race Of Champions on Sunday.?

ROC organiser Fredrik Johnsson added: ?Esteban is one of the most exciting young talents in world motor sport at the moment so we are intrigued to see how he gets on at this year?s Race Of Champions. We?ve had a long history of giving young chargers a chance to take on the legends and they often give the superstars a serious fright.

?Esteban is no exception and no one will want to be drawn against him. What?s most incredible is that he has achieved so much so young ? all before he has even passed his driving test. That means he can?t even drive himself to races but he makes up for that on the track. The Barbados crowd are in for a real treat when they see him race.?