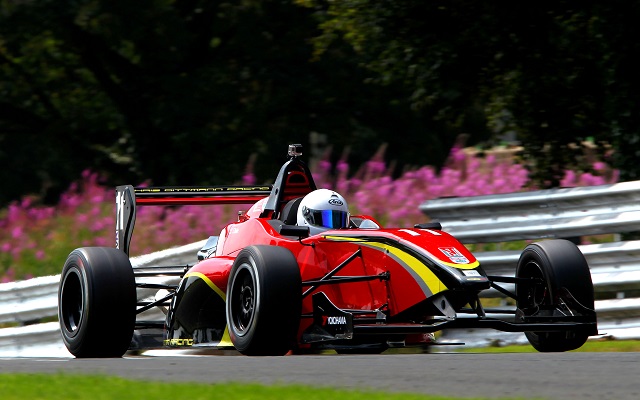 Dutch racer Paul Sieljes will make his BRDC F4 debut in the Winter Championship finale at Brands, having signed up with Chris Dittmann Racing.

He celebrated a maiden pole at Spa-Francorchamps, but then retired from the damp race, with his best finish of the season being a seventh at Zandvoort.

He has previous experience at Brands Hatch, recording a second-place finish in the Zetec class of the Formula Ford Festival back in 2012.

“I’m really looking forward to racing in the UK again, and in the very competitive BRDC F4 Championship,” stated Sieljes. “Having raced successfully at Brands Hatch before, I’m optimistic of strong results. By working alongside the Chris Dittmann Racing team I can push towards the front of the grid.”

Chris Dittmann Racing participated in both seasons of BRDC F4 thus far. In 2014, their best finish came courtesy of Tom Jackson, who was fifth at Oulton Park and Silverstone. The team was not present for the first round of the Winter Championship.

“We’re very pleased to welcome Paul to the team for the Brands Hatch round”, said Chris Dittmann. “He has a lot of experience in single seaters and with his previous success at the circuit, should hopefully be in a position to achieve some strong results.”