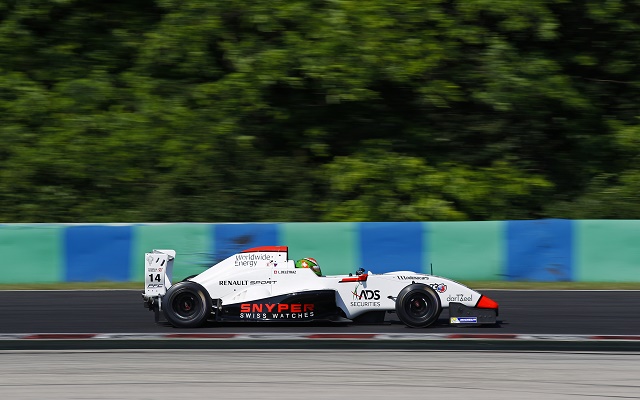 Deletraz was the only driver from group B to surpass the group A benchmark set by his teammate Kevin Jorg.

Indeed, while the first proper flying laps in the earlier group saw Jack Aitken lead and three drivers follow suit within just a tenth, it was Jorg who stamped his authority, clearing the Brit by a second.

And it was career-best Eurocup qualifying for both Thiago Vivacqua and guest Vasily Romanov, the two FR2.0 Alps regulars completing the top five.

In session two, Deletraz was the early leader, only to be narrowly pipped by Jake Hughes.

However, the Swiss driver’s next lap proved completely out of reach for his rivals, securing his fourth pole in Eurocup and his tenth of this season in FR2.0.

Hughes was second, securing a third-place grid spot and making up an all-Koiranen row two with Aitken.