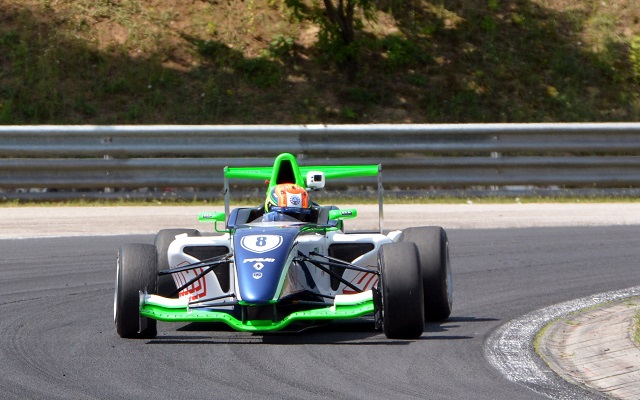 Karting graduate Gabriel Aubry took his first victory in cars in race two of French F4’s fourth round at the Hungaroring.

Aubry fought back to take tenth and reverse-grid pole in yesterday’s race after falling down the order on the opening lap, and duly converted the opportunity into a maiden win today.

It was far from a straightforward win as he had his hands full of Louis Gachot over the opening two laps, their fight eventually letting Julien Darras pass them both heading into lap three.

However, Aubry kept up with Darras over the next few laps and soon found his way back into the lead.

He never looked back after that, finishing more than four seconds clear of Darras.

Troitskiy, however, ended up out of the top ten and then retired after making contact with Reuben Kressner.

As such, Laaksonen took fourth, ahead of Julien Andlauer and Louis Gachot.

Race one winner Valentin Moineault fought through to secure seventh, ahead of Hugo-Sugnot Darniche and Sacha Fenestraz, who nursed home a broken front wing.