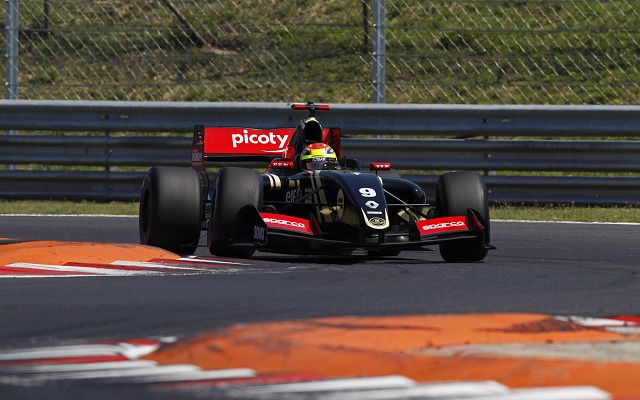 Vaxiviere, who set the pace in practice but was only third on the grid on Saturday, rebounded here, returning to the top spot.

But all eyes are likely to be on yesterday’s shock winner Egor Orudzhev, who qualified on the front row again, this time coming up just 0.019s short with his late effort.

The session saw an early red flag eight minutes in when Roy Nissany stopped between turns six and seven with damage to his car.

Gustav Malja held the lead then and would maintain it for a long time during the lull in track activity.

However, the customary flurry of late improvements saw Vaxiviere secure the top spot with two minutes left on the clock and none of his rivals managed to improve enough to dethrone the Frenchman.

Jazeman Jaafar and Roberto Merhi will start the race from row two, with Oliver Rowland in fifth – the consistent Briton’s his worst qualifying result of the season.

Malja ended up sixth, which, his exclusion from the front row at Aragon notwithstanding, is his personal best effort in qualifying in his rookie year in FR3.5.