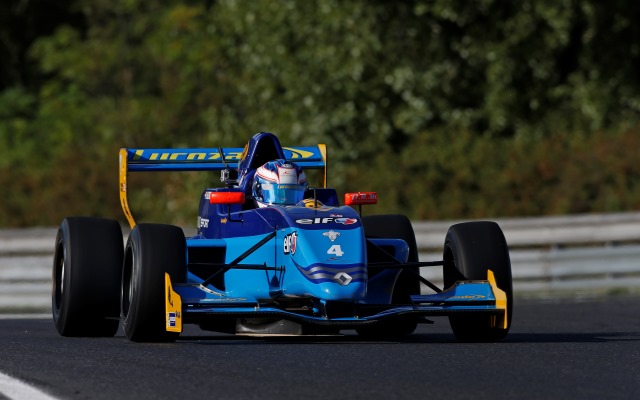 Nyck de Vries put his poor 2013 form behind him to capture his first victory in the Eurocup Formula Renault 2.0 in dominant fashion in race two at the Hungaroring.

Starting second on the grid, the Dutchman out-dragged Oliver Rowland on the run down to turn one to take the lead. Rowland was then demoted to third when Oscar Tunjo passed him around the outside at turn two.

Over the remainder of the race, De Vries gradually opened up a 4.8 second lead with a series of fastest laps.

The order at the front end of the race remained fairly static throughout, with Tunjo shaking off some early pressure from Rowland to finish in second with the British driver completing the podium in third.

With Pierre Gasly finishing fifth behind Esteban Ocon, Rowland re-gains the points lead he lost to Gasly on Saturday and now leads the standings by one point.