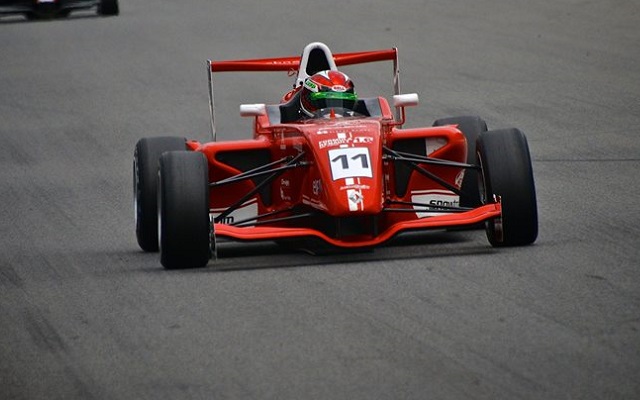 The Australian, who inherited pole from Larry ten Voorde due to the latter’s technical problems, kept the lead off the line and built a three-second gap to the opposition in the first couple of laps.

He then comfortably maintained his advantage throughout the remainder of the race and eventually took the checkered flag first.

Ralf Aron secured his fourth podium finish in a row with second as the podium was completed by Provily’s Janneau Esmeijer.

Race one winner Florian Janits had to settle for fourth despite starting from the front row, while Max Defourny kept his fifth place from the charging Ten Voorde, who impressively gained six positions over the first lap.