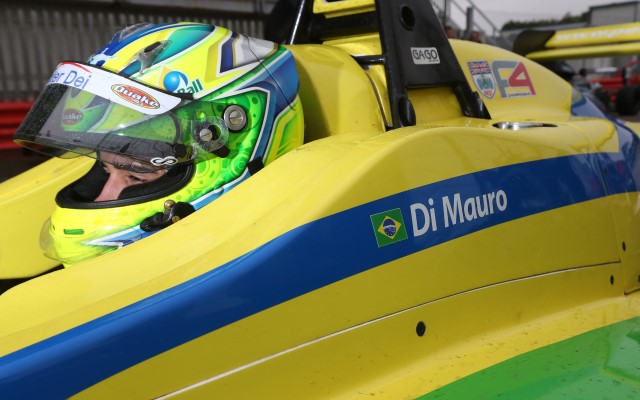 Gaetano di Mauro upset the BRDC F4 establishment by taking his first pole position in qualifying for the sixth round of the season at Brands Hatch.

The Brazilian Petroball Racing rookie won out in a dramatic session which first saw championship leader George Russell sustain damage early on that consigns him to the back of the grid, and then Silverstone treble winner Sennan Fielding trigger a red flag with an off at Paddock Hill Bend with nine minutes remaining.

At that stage, di Maruo had just gone to the top of the timing screens, and the top five places would remain the same after the restart.

Jordan Albert was a late improver to take sixth for the newly Caterham-backed SWR team, demoting Fielding to seventh. Chris Middlehurst, Gustavo Lima and Will Palmer completed the top ten.