Home Z - Archive seriesGP3 DAMS and Virtuosi in, Carlin and Status out of GP3 line-up
GP3News 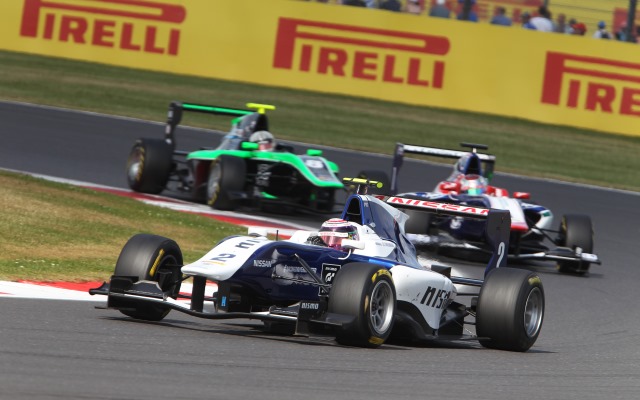 The GP3 Series has announced some high-profile changes of team for the 2016 season, with DAMS and Virtuosi on the way in and Carlin and Status departing the championship.

Eight teams have been given an entry valid for the next three seasons, to coincide with the introduction of the GP3/16 car that was launched at Monza last month.

The arrival of multiple GP2 champions DAMS comes after the news that it would quit the Formula Renault 3.5 championship when Renault withdraws its support at the end of 2015.

“The project will certainly add another string to our bow,” said founder Jean-Paul Driot.

“We’re familiar with the category, but fielding a brand new car and very young drivers naturally means starting from scratch, so we need to remain level-headed.

“Nevertheless, DAMS is ready to draw on its vast experience and meet the challenge head-on, so we have high hopes going into the championship.

“Finally, I’d like to thank Renault and World Series’ organisers for the four seasons we’ve raced in Formula Renault 3.5. We’ve experienced some truly unforgettable moments, especially during our 2013 and 2014 title-winning campaigns, so those memories will always hold a special place in DAMS’ history.”

Also coming in is Virtuosi Racing, which this year has been running the Russian Time operation in GP2 and previously competed under its own banner in Auto GP before the series stopped running this year.

Carlin and Status leave GP3 having been present since the opening season in 2010, both winning nine races in six seasons.

Carlin took Alex Lynn to the drivers title in 2014 and won the teams’ title, while Status ran Robert Wickens to second in 2010 and was third in the standings last year.

They have both found this season harder though, currently sitting fifth and seventh respectively in the teams’ championship. Both run teams in GP2, with Carlin’s operations also including FR3.5 (which it has committed to for 2016), Formula 3, MSA Formula and Indy Lights.

In a statement, Carlin said: “In order to support our various teams in today?s challenging economic environment, we decided to reassess the championships in which Carlin competes next season.

“We remain completely dedicated to our GP2 team for next season and the foreseeable future.”

Status boss Teddy Yip commented: “Status Grand Prix has not renewed entry into the GP3 Series from 2016 onwards in order to maximise focus on our GP2 campaign.”

?In order to give more support to our teams in today?s challenging economic environment, we decided to limit the entries to eight with three cars per outfit, and favour quality over quantity,” said series CEO Bruno Michel.

?We opted to continue with most of the existing GP3 teams but we also wanted to bring new blood which is why I?m happy to welcome both DAMS and Virtuosi Racing who have been very successful in other categories.”