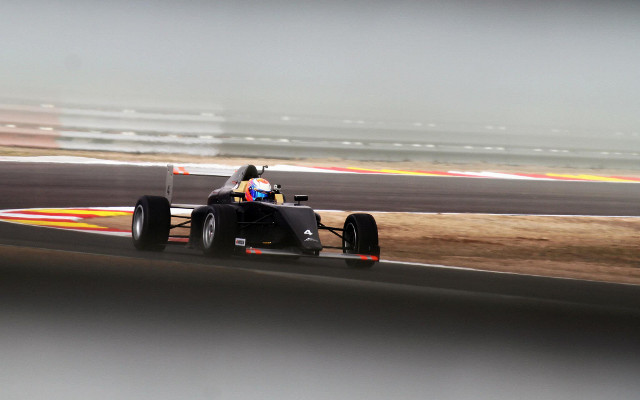 Koiranen GP will run an FIA Formula 4 series in Spain from 2016.

The Finnish-owned, Barcelona-based outfit already operates the SMP F4 series in Northern Europe, and will run Spanish F4 in a similar way by fielding all of the cars itself.

A Spanish F4 series was launched for 2015, run by a firm at the Navarra circuit, but was then cancelled in February.

Koiranen has signed a deal to promote Spanish F4 with the national federation, the RFEDA.

“Today is a very important day for Spanish motorsport as we have signed an agreement with Koiranen GP for them to be the promoter of the F4 Spanish Championship for the next three seasons,” said the RFEDA president Carlos Gracia.

“We are truly delighted as we are dealing with an international recognized entity, which has a excellent pedigree as they have helped drivers as Carlos Sainz Jr to reach F1.”

Team founder Marko Koiranen said: ?Basically, the drivers only come with their racing gear and we take care of the rest. They can therefore focus on driving, learning, improving, as the cars will all be the same. Only the talent will make the difference in our championship.?

Director Alexandra Consani commented: “Koiranen GP’s background is to teach, help and lead young drivers to prepare them to the top as we are currently doing through our racing teams, but F4 championships are a new great opportunity.

“This category created by the FIA is one that we believe will be essential to each driver?s future. Drivers have to go through a school-like management allowing them to have a lot of track time before going forward on higher categories.

“The next steps will be more limited on terms of testing, therefore F4 is the best tool to drive on that age. We are here to teach the youngsters how to become a racing driver, and this is Koiranen GP’s trademark.”

CEO Afa Heikkinen added that there are plans for Koiranen to run an F4 winter series at Jerez and Portimao that will be open to drivers from other championships for them to gain additional experience.

The Spanish F4 series launched for 2015 was going to use the Mygale-Ford combination of car seen in MSA Formula in the UK, but SMP F4 runs with the Tatuus-Abarth raced in Italy and Germany.