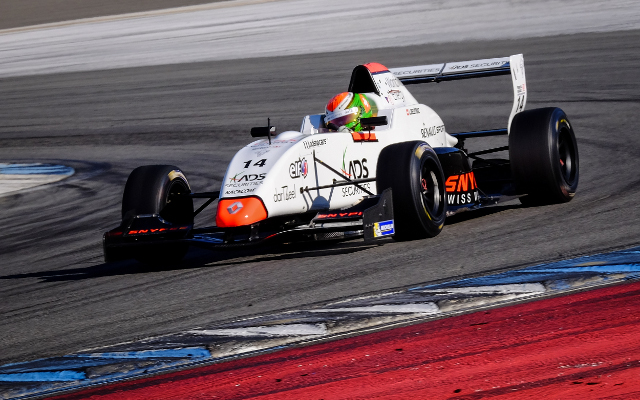 His benchmark of 1m38.294s was set in the morning sesson, in which he was almost three tenths quicker than fellow JKR driver and series runner-up Kevin Jorg.

Third was David Droux?on his debut in an FR2.0 series, marking the return of Mark Burdett Motorsport after missing two rounds.

The former Formula BMW and French F4 competitor has been racing an FR2.0 car for RC Formula in the V de V Single-Seater Challenge, leading the standings with a round to go.

Ukyo Sasahara, the third driver still in contention for the title, was fourth quickest followed by Dries Vanthoor and Alex Gill.

Jorg fought back in the second running to take a close first place ahead of Deletraz, with Vanthoor rounding out an all-JKR top three ahead of the ART duo of Sasahara and Darius Oskoui.

Nikita Mazepin and Pontus Fredricsson were separated by 0.04s in sixth and seventh while the top ten was completed by Daruvala, Zaruba and Colin Noble.