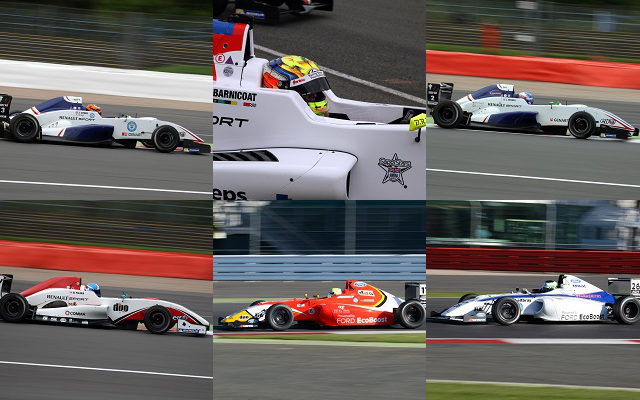 The six finalists for the 2015 running of the prestigious McLaren AUTOSPORT BRDC Award have been revealed.

The finalists, who had to be British and aged between 16 and 21 on 1 March 2015, will take part in a two-day test at Silverstone later this month driving Formula 2, DTM and GT3 machinery, in order for the panel to pick a winner which will be announced at the AUTOSPORT Awards in December.

Among the prizes for the winner is a McLaren Formula 1 test. Last year’s victor George Russell will undergo his test during the 2015 assessment days.

With one round to go in both the FR2.0 Eurocup and Alps series, Aitken is seven and 12 points off the lead respectively, having won on seven occasions across the two championships. It’s the 20-year-old’s third year in FR2.0, having finished second in the NEC in his first (behind Award winner Matt Parry) and seventh in the Eurocup in his second.

Barnicoat was last year’s NEC champion in his rookie season in car racing after a stellar karting career. His Eurocup campaign this year has been challenging, but two wins on the bounce in recent weeks have lifted the Racing Steps Foundation-backed 18-year-old to fifth in the points, 29 off the lead.

That’s one place and two points ahead of Hughes, who had been as high as second in the standings earlier in the year and also leads Aitken in the Alps title race. After a difficult 2014, the 2013 BRDC F4 champion, 21, has won four times across the two FR2.0 series.

Palmer is this year’s BRDC F4 champion and has done so in dominant style in his sophomore campaign, winning half of the 24 races. The 18-year-old also joined the FR2.0 drivers at the Eurocup for his category debut at Silverstone, and had an impressive weekend with two top-10 finishes.

19-year-old Collard is within 13 points of the leader in MSA Formula, the new FIA Formula 4 series in the UK, after making his single-seater debut in its predecessor, Formula Ford GB. The son of British Touring Car racer Rob, he’s won six races.

Sowery, also 19, won the MSV F3 Cup in his maiden season out of karts in 2014, and by January this year he had secured a second title, the MRF Challenge in India. Budget constraints have limited him to four outings in MSA Formula since then but despite driving for two different teams, he’s had a third place and two fourths.