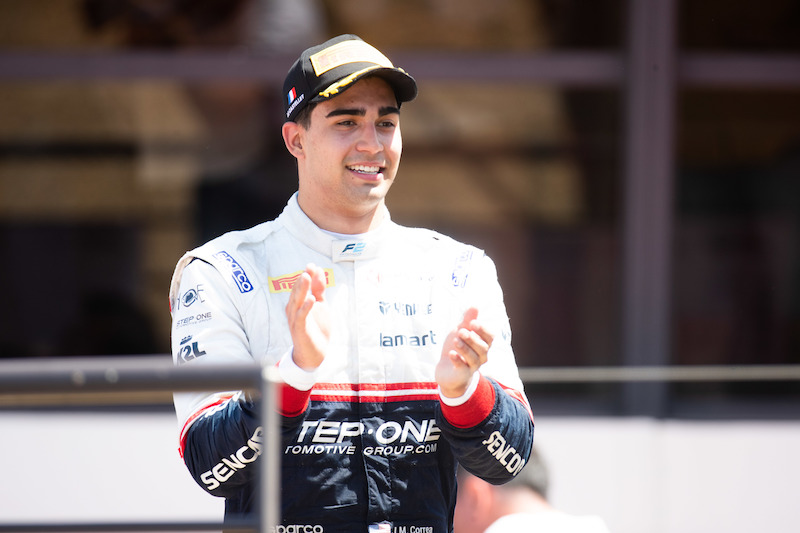 Formula 1 juniors from Ferrari, Red Bull and Sauber have been called up to race in the world championship’s latest Virtual Grand Prix Series event.

VGPS is a substitute for real world racing during the global coronavirus pandemic, and features all 10 of the real F1 teams racing on the official F1 2019 game. A mixture of professional drivers, gamers and celebrities have taken part so far.

Alfa Romeo Racing will field its real world driver Antonio Giovinazzi and injured Formula 2 racer Juan Manuel Correa for the Virtual Chinese GP. Correa was involved in the crash that took the life of Anthoine Hubert at Spa-Francorchamps last year, and his own injuries resulted in him being placed in a coma with significant lung damage.

He underwent multple leg surgeries while in hospital, and his rehabilitation has successfully brought him back onto his feet and into a simulator. Correa was one of Alfa Romeo’s development drivers last year as well as a Sauber junior, and tested a 2012 F1 car at Paul Ricard in August.

Virtual Bahrain GP winner and Formula 2 racer Guanyu Zhou returns to Renault for this weekend’s race, which takes place on his home Shanghai circuit. His team-mate will once again be 44-year-old world class golfer Ian Poulter.

Charles Leclerc, who won the Virtual Australian GP, will be joined by Ferrari junior and Zhou’s rival Callum Ilott at Ferrari. The Italian manufacturer has run its juniors in each of the events so far, with Robert Shwartzman and Dino Beganovic competing in Bahrain, and Leclerc’s younger brother Arthur racing alongside him in Australia.

As a part of their reserve driver duties for Haas, Pietro Fittipaldi and Louis Deletraz will race in place of Romain Grosjean and Kevin Magnussen.