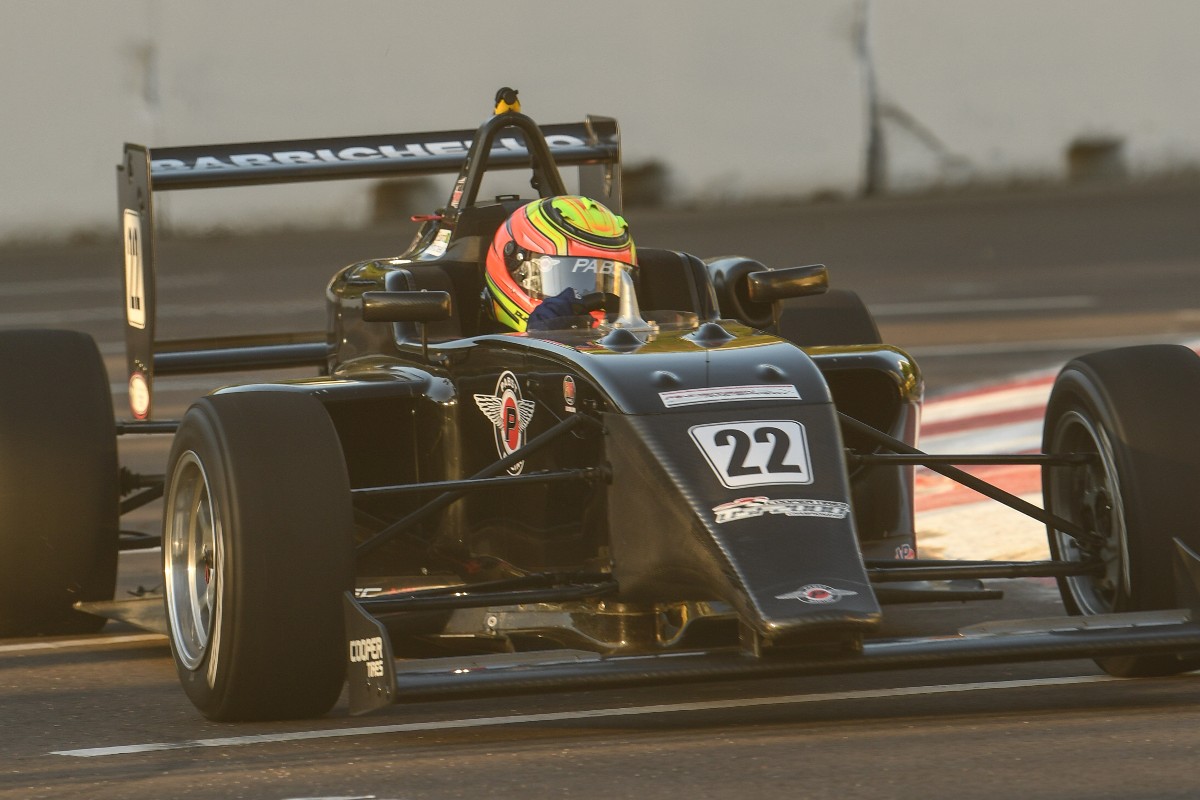 Eduardo Barrichello took his maiden Road to Indy eSeries win at Road America, taking his title fight with Phillippe Denes to the final round.

A decisive moment came at the end of lap six when leader Denes ran wide at the final corner, losing control of his car and recollecting it just in time to accidentally enter the pitlane.

Legacy Autosport’s Andre Castro and privateer Ryan Norman, who were hounding RP Motorsport driver Denes for the lead, responded by pitting soon after.

It turned out that the early pitstop meant that Denes, and those who had stopped in reaction to him, had to make a second stop due to an inability to add the desired amount of fuel. One of those who didn’t stop was Barrichello, who slotted in nine seconds behind new leader Castro when he eventually made his stop.

Flinn Lazier also pitted later, but a spectacular crash with Norman put both of them out of victory contention.

This left Barrichello with a sizeable once Castro had pitted for a second time, which lasted far longer than Denes’ earlier second stop, and the Brazilian won with 18 seconds in hand. After the race he said that his winning strategy had come with help from his team-mates

Christian Brooks (Exclusive) was on course for second place, but ran out of fuel on the last lap. This allowed Denes and Andretti Autosport’s Danial Frost, who were scrapping, to pass. Denes was passed by Frost right at the end, with the pair rounding out the podium.

Despite the lap two contact, Eves was able to finish fourth. Exclusive’s Prescott Campbell was fifth and led a quartet of drivers who’d started towards the bottom of the grid: Josh Green (Cape Motorsports) rose 18 spot for sixth, Michael Myers (Legacy) overtook 20 drivers for seventh, and Lucas Kohl (Turn 3) also gained 18 places to round out the top eight.

Brooks was eventually able to finish ninth, only after somewhat amusingly being pushed up the hill by BN Racing’s Jacob Loomis running out of fuel entirely.

The results provisionally leave Denes 19 points ahead of Barrichello with 33 available at the Mid-Ohio season finale.

Manor set to return in Euroformula and Formula Renault Eurocup