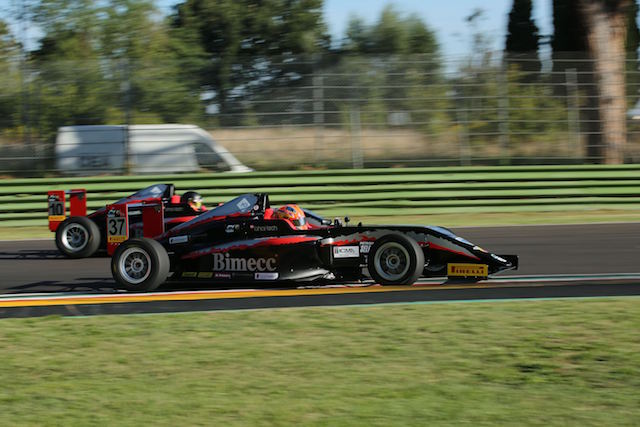 Italian prospect Lorenzo Colombo will continue with the BhaiTech team in his domestic Formula 4 series this year.

The 16-year-old, who was second in the Italian junior championship?and Andrea Margutti Trophy in karting in 2015, began his rookie F4 season last year with BVM with best results of fifth place prior to a switch to BhaiTech for the final three events.

There, he scored a second-place and two fourth positions from the last two rounds as he finished 12th in the final standings and second to Prema’s Juri Vips in the rookie classification.

In November Colombo – who is coached by one-time Formula 1 racer Marco Apicella -?won the Italian federation ACI’s Supercorso assessment for young drivers, a year after being named the best karter in the same process.

BhaiTech entered F4 last year having previously focused its racing efforts on GTs, and partnered Colombo with another mid-season capture Diego Bertonelli, who finished one place higher in the overall standings.

“We are delighted to rely on Lorenzo again for 2017,” said team manager Nicolo Gaglian.

“He is an extremely quick, smart and competent young driver and he gelled well with our operation in 2016.

“Lorenzo is currently working at the simulator and is leaving nothing to fate in terms of his physical preparation, followed by our personal trainers.

“We are really focused on him and we are sure we can be among the leading combinations together this season.”