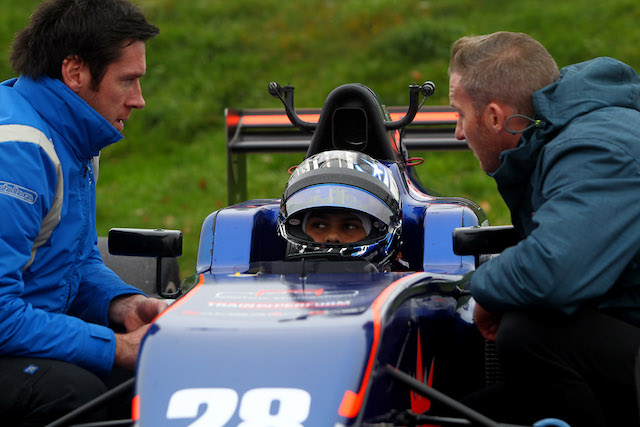 The inaugural US Formula 4 champion Cameron Das will race for Carlin in?BRDC British Formula 3 this year.

The 16-year-old follows James Pull and Enaam Ahmed in securing one of Carlin’s three seats for 2017 after competing with the team in the Autumn Trophy?event at Snetterton last October.

Das, who only began racing in 2015, won eight races in a row to claim the US F4 crown last year, whilst also contesting a USF2000 programme with a best finish of eighth.

He finished the Autumn Trophy seventh with a best result of fifth from the last of the three races run.

“British Formula 3 feels like the natural next step in my racing development,” he said.

“I’ve already had a chance to see Carlin in action and I couldn’t be more excited to spend the 2017 season with them.”

Team boss Trevor Carlin said of Das: “His stats speak for themselves; it takes a lot for a driver to dominate any part of the season in the way that Cameron did with US Formula 4 last year, both physically and mentally, so we’re looking forward to welcoming him to the team.

“He has already been testing with us and working well with his teammates so we’re certainly looking forward to seeing what we can achieve together in 2017.”

Das is the second American driver to seal a place on the BRDC British F3 grid for this season after Formula Ford 1600 graduate Chase Owen joined Hillspeed’s new venture with Cliff Dempsey Racing alongside Jordan Cane.