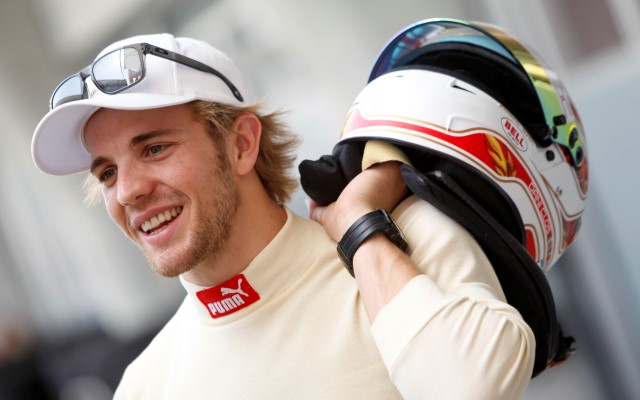 Dani Clos is returning to the GP2 Series this weekend with MP Motorsport, the team have confirmed.

The Spaniard replaces Adrian Quaife-Hobbs, who has switched to Hilmer Motorsport in place of Robin Frijns.

Clos contested three seasons of GP2 between 2009 and 2011 – all with the Racing Engineering team – finishing 21st, fourth and ninth in the standings respectively.

While performing a test driver role for the now-defunct HRT F1 team last year, he drove for Addax in GP2’s double header at Bahrain.

?We?re delighted to welcome Dani to the team, he?s a fantastic driver and has achieved a lot in his career so far,? said team principal Sander Dorsman.

?The experience he brings to MP Motorsport will be priceless, he?s won in GP2 and has tested in Formula One. We?re all really looking forward to working with him for the first time in Hungary this weekend.?

His return is one of four changes to the driver line-up for this weekend. As well as Quaife-Hobbs’ move to Hilmer, Ricardo Teixeira has replaced Kevin Ceccon at Trident and Vittorio Ghirelli will make his debut for Lazarus in place of Fabrizio Crestani.