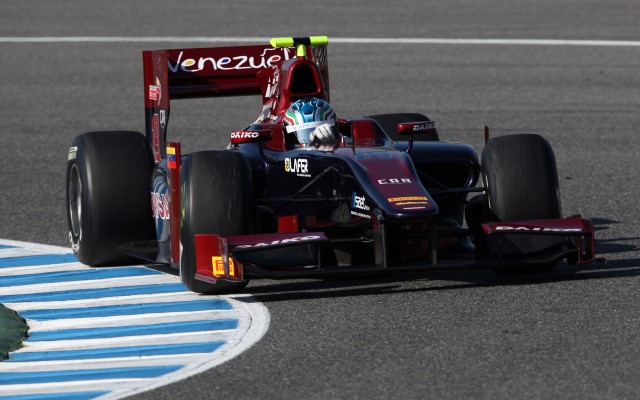 Vittorio Ghirelli will make his GP2 Series debut with the Lazarus team at this weekend’s races at the Hungaroring.

Ghirelli currently sits third in the Auto GP standings, after spending two unsuccessful seasons in GP3 in 2010 and 2011 and one in Formula Renault 3.5 last year.

Driving for the Super Nova team (which was replaced by Lazarus when it left GP2), Ghirelli won the second race of Auto GP’s meeting at the Hungarian venue in May.

He previously tested with the Lazarus squad when it started out in GP2, ahead of the 2012 season.

The 19-year-old Italian is set to drive the car raced by his Auto GP rival Kevin Giovesi for the opening four weekends of the season, before Fabrizio Crestani returned to the cockpit for the rounds at Silverstone and the Nurburgring. Rene Binder continues in the team’s other car.

The arrival of Ghirelli is one of four driver changes for this weekend’s races revealed today. Ricardo Teixeira replaces Kevin Ceccon at Trident, while Adrian Quaife-Hobbs has joined Hilmer Motorsport in place of Robin Frijns. Dani Clos is expected to be announced as Quaife-Hobbs’ replacement at MP Motorsport on Thursday.