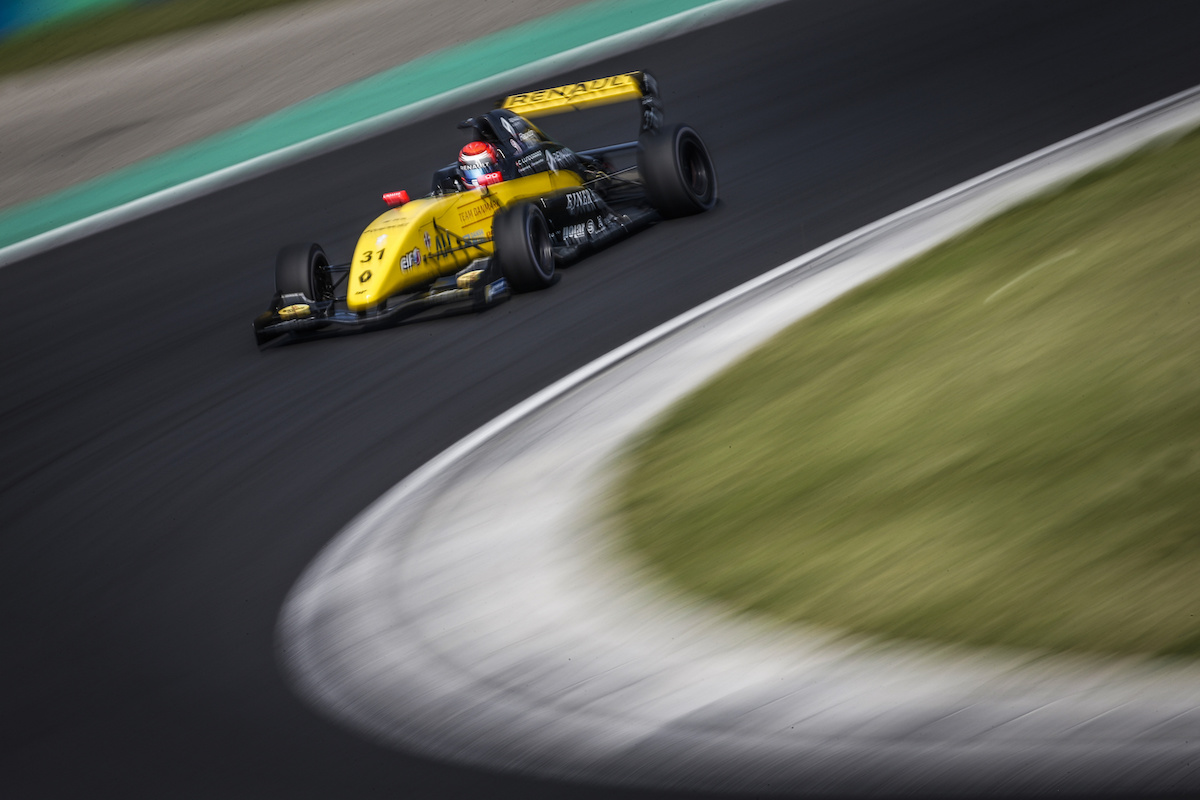 Title contender Christian Lundgaard claimed his first Formula Renault Eurocup in qualifying for the opening race at the Hungaroring.

Lundgaard, out in the second qualifying group, managed a lap time of 1m40.801s to go more than three tenths of a second faster than fellow Renault Sport Academy driver Max Fewtrell.

Lorenzo Colombo set the pace early in the group with a 1m41.386s lap. Lundgaard quickly lowered the benchmark but Colombo bounced back to the top of the times, only to be beaten once again by the Dane and Fewtrell.

Colombo ended the session third quickest in the group, 0.378s slower than Lundgaard.

Alexander Smolyar and Axel Matus completed the top five of the group.

Championship leader Yifei Ye topped the first qualifying group, but his 1m41.200s time was only fast enough for the second spot on the grid.

The Josef Kaufmann Racing driver set the pace early in the session, but almost every driver in the group spent time at the top of the timing screens as everyone found improvements.

Ye jumped back to the top of the times as the chequered flag fell, beating Victor Martins by just 0.045s.

Logan Sargeant, who was top of the order at the two minute mark, ended the session third fastest, ahead of Charles Milesi and Oscar Piastri.