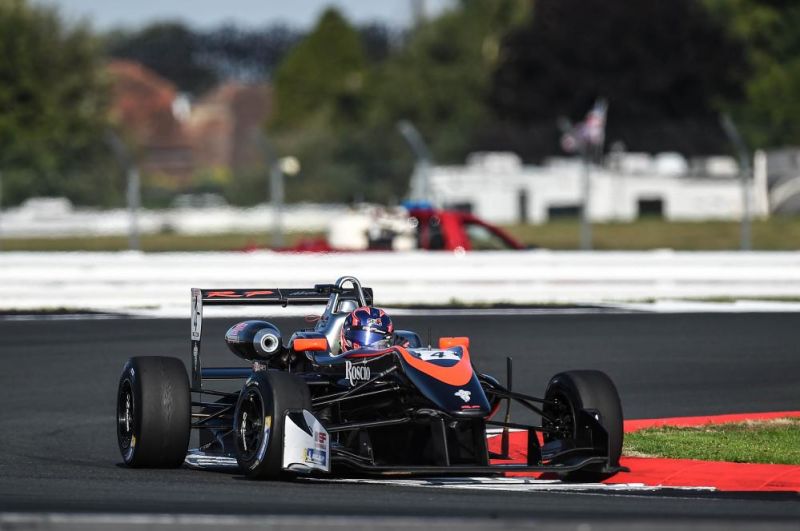 Felipe Drugovich dominated the first Euroformula Open race at Silverstone, continuing his march to the 2018 title.

A superb start put the RP Motorsport driver out of reach in the crucial first sector of the lap, but it took three laps before the Brazilian had a one second gap over Teo Martin Motorsport’s Bent Viscaal.

Once the slipstream was broken entirely it was a typical Drugovich performance up front, and he finished the race with a 3.987 second advantage over his chief title rival.

The battle for third was close, much like in qualifying, but ultimately there were no changes of position after the first lap and Drivex School’s Lukas Dunner took his first F3 podium.

He was helped in the final laps by Campos Racing team-mates Alex Karkosik and Marcos Siebert battling behind him, meaning Karkosik failed to repeat his breakthrough podium from last year.

Samaia had an intense battle for the final point with Aldo Festante, with Festante holding on to the place for much of the race. The positions switched in a dramatic manoeuvre at Club, with Samaia then being penalised one second for abusing track limits and keeping the position by only four tenths of a second.

Championship debutant Dev Gore finished 12th for Carlin, with Christian Hahn propping up the order after an unscheduled trip to the pits.