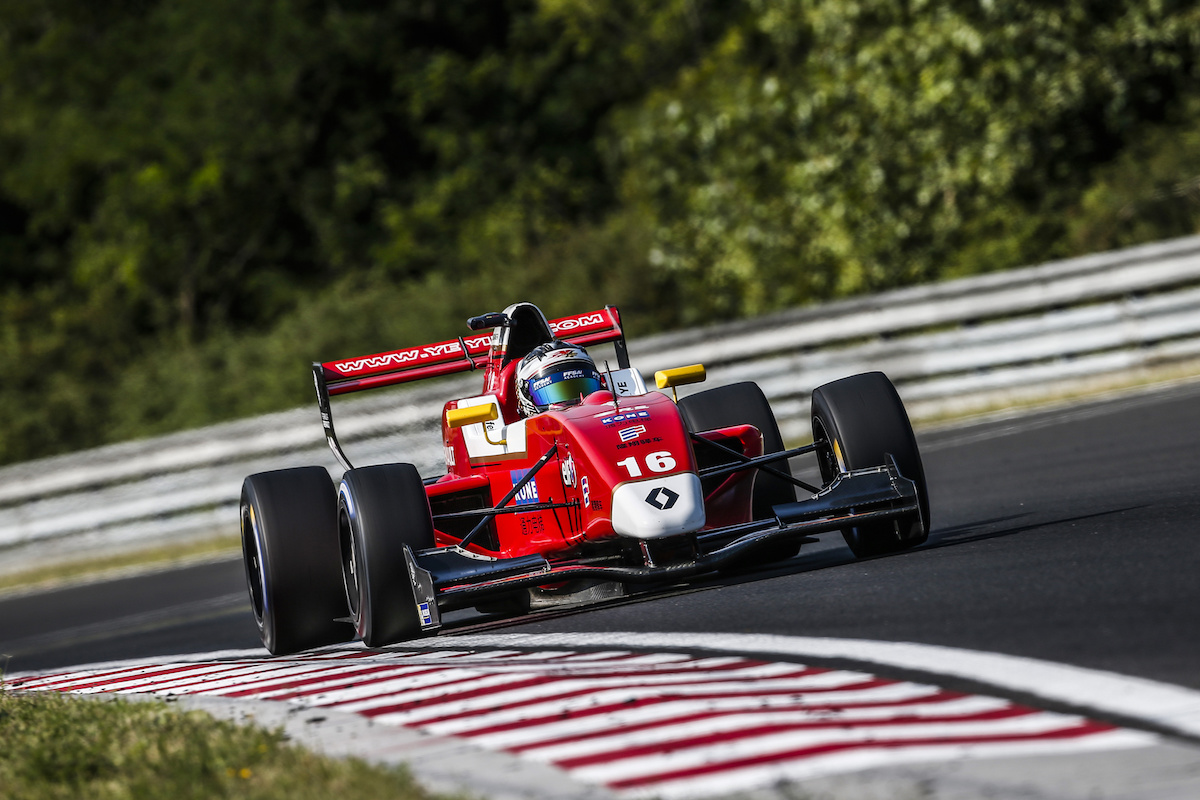 Championship leader Yifei Ye claimed his first Formula Renault Eurocup victory since the second round of the season in the opening race of the weekend at the Hungaroring.

Ye snatched the lead from pole-sitter and title rival Christian Lundgaard on the run to the first corner and pulled away from the Renault junior as Lundgaard battled to keep Max Fewtrell and Victor Martins behind him.

Any gap Ye managed to make was soon wiped away when Thomas Neubauer collided with a wall on the third lap, damaging his suspension and bringing an end to his race. The safety car was called out to clear the track, allowing Lundgaard to close back in on his championship rival.

After a short safety car period, Ye managed a strong restart to pull away from the rest of the field. Lundgaard was able to stay in touch with Ye, keeping within a second and a half of the race leader, and the pair built up a strong advantage to Fewtrell in third as they pushed one another.

Lundgaard was never quite close enough to make a move and a faultless drive from Ye awarded him his second victory of the season. Lundgaard finished just 1.076s ahead, with Fewtrell a further 4.598s behind.

Martins took fourth ahead of a race long battle for P5.

Logan Sargeant managed to pass Lorenzo Colombo on the opening lap, but couldn?t shake the JD Motorsport driver. Colombo tried to make a move past the Sargeant after the early safety car and the pair ran side by side for a number of corners but Sargeant managed to keep the position. He spent the remainder of the race with Colombo in his mirrors.

In the closing stages of the race, Colombo was joined by the charging Oscar Piastri, who started 10th. Piastri pushed hard, coming within 0.4s of Colombo and giving Sargeant ahead a little breathing room.

Sargeant finished fifth, while Piastri ran out of time before he could make a move on Colombo.