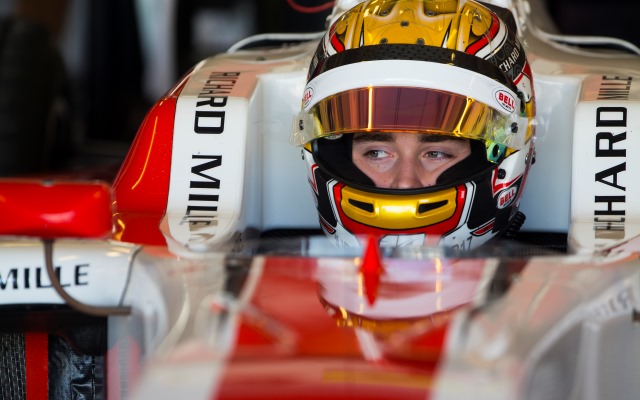 Charles Leclerc led the GP3 field on his first day in the car after topping the afternoon session on day one of post-season testing in Abu Dhabi.

The 18-year-old Monegasque, who is expected in the series next year with ART Grand Prix, posted a best time of 1m55.209s, six tenths better than Matt Parry managed in the morning.

It was also the best part of half a second clear of Trident tester Antonio Fuoco – who Leclerc is rumoured to be joining in the Ferrari Driver Academy next year.

Leclerc’s fellow debutant Jake Dennis was third for Arden ahead of the Koiranen duo of Jake Hughes and Matevos Isaakyan.

Kevin Jorg repeated his morning result of sixth for Trident despite causing an early end to the session with a late spin.

Ralph Boschung, driving a Status car under evaluation by new team DAMS, was seventh ahead of Leclerc’s fellow ART drivers Nabil Jeffri and Nirei Fukuzumi, while Parry rounded out the top 10.