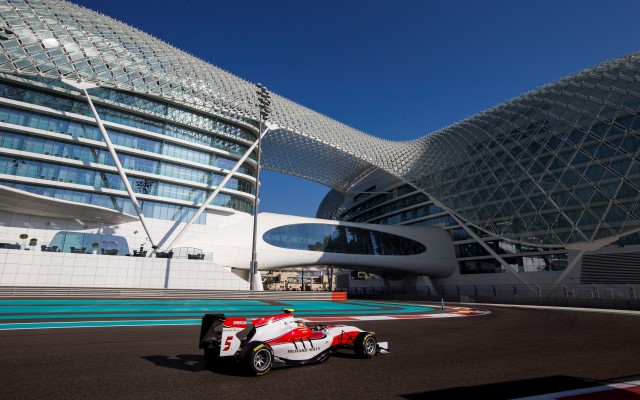 McLaren-backed de Vries, who finished third in FR3.5 this year, and Lotus F1 junior Albon, seventh in F3, will join Honda-supported?Nirei Fukuzumi at the French squad.

ART topped the times on Wednesday with Charles Leclerc but although the Monegasque driver is expected to race for the team next year, he will run for Arden on day two of the test.

Eurocup Formula Renault 2.0 champion Jack Aitken?will also move over to Arden, an outfit he has tested for in F3.5V8 recently.

BRDC Formula 4 champions Jake Hughes and Will Palmer will undergo evaluations for series newcomers DAMS behind the wheel of Status Grand Prix cars.

Matt Parry moves back from Trident to Koiranen, with Nabil Jeffri also arriving at the team from ART.

Parry’s place at Trident alongside Antonio Fuoco and Kevin Jorg will be taken by Steijn Schothorst, who is replaced at Campos by Konstantin Tereshchenko stepping back down from a day with the GP2 arm.