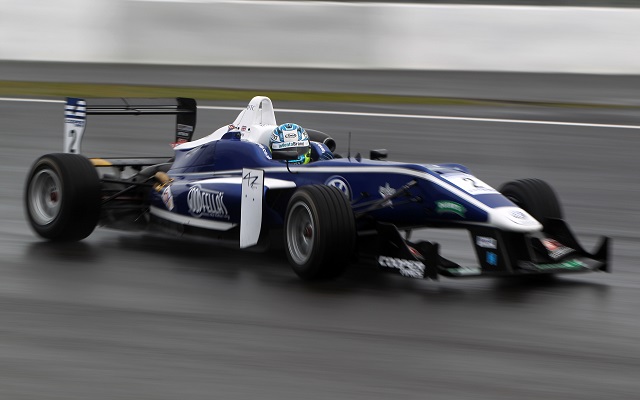 Reigning British F3 champion Jordan King has been confirmed for a second year in the FIA F3 European Championship, staying on with Carlin.

King, 19, impressed in his rookie campaign in the 2013 European F3 season as he worked his way up to sixth in the standings and picked up two podium finishes. He also starred in the British F3 series that year, picking up three victories and securing the title of the four-round championship.

Prior to that, King was runner-up to his new teammate Jake Dennis in Formula Renault 2.0 NEC, taking one win and an additional eight podiums.

“I?m very happy to be working with Carlin again this season and building on the momentum we gathered towards the end of 2013.”, stated King. “I learnt a lot last year and using that experience together with the work we have done over the winter puts us in good shape for the season ahead.? I can?t wait to get back on track again and get the season underway.”

The British driver completes Carlin’s six-car lineup in European F3. King, Dennis and Ed Jones will run under the Carlin name, while Sean Gelael, Antonio Giovinazzi and Tom Blomqvist will represent the KFC Indonesia-backed branch of the squad, titled Jagonya Ayam with Carlin.

“Jordan surprised many last year with his form and pace”, noted team boss Trevor Carlin. “He worked hard throughout the season and took on board all the advice that was given to him to put himself in a position to challenge for race wins at the end of the year. His confident performance in Macau just emphasized how far he had come.? We?re delighted that Jordan will be with the team again in 2014 and will be pushing hard to help him to the very front of the field.”