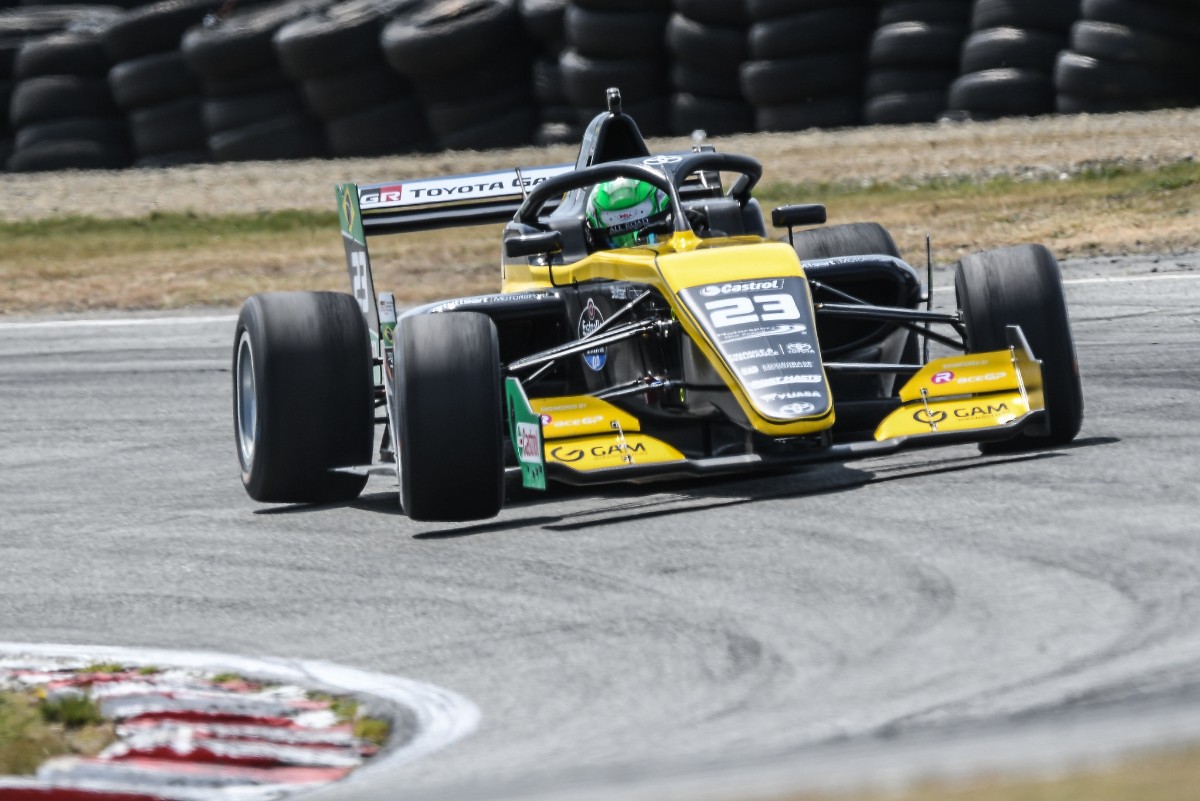 Caio Collet took his first Toyota Racing Series win in the opening race at Teretonga in a dominant performance.

A gear selector issue hampered poleman Igor Fraga’s start, and MTEC Motorsport by R-ace GP’s Collet swept around the outside of both him and Giles Motorsport’s Gregoire Saucy to take the lead at the first corner.

From then on he was untouchable, and ended the bad luck that struck him at Highlands Motorsport Park by taking a 1.103 second win on the short circuit.

Saucy also beat Fraga to the first corner on the opening lap, and while he did come under pressure in the last few laps he still finished a comfortable second ahead of the M2 Competition driver.

The closest Fraga got to reclaiming a position was when he ran side-by-side with Saucy through the entirety of first corner Loop.

Kiwi Motorsport’s Franco Colapinto wanted a look-in on the battle for the runner-up spot, but couldn’t quite get close enough to challenge.

Squabbling M2 team-mates Ido Cohen and Liam Lawson beat Giles’ Lirim Zendeli in a fight for fifth place, with Lawson having charged through the order to finish in sixth.

The championship leader started in 13th and was up to 10th on the first lap before a safety car period caused by Spike Kohlbecker going off.

Progress was then slow on the restart, but after overtaking rookie team-mate Emilien Denner for seventh he swiftly honed in one the cars ahead.

Petr Ptacek (MTEC) was one of the fastest drivers in the race but only finished ninth, taking some time to clear the defensive Jose Blanco-Chock (Kiwi) for the position but immediately pulling away once ahead.

Yuki Tsunoda was punted into a spin at the start of the race but recovered to 11th, while Jackson Walls exited the race early after setting the second fastest lap in qualifying but then being penalised for recording it during a yellow flag period.