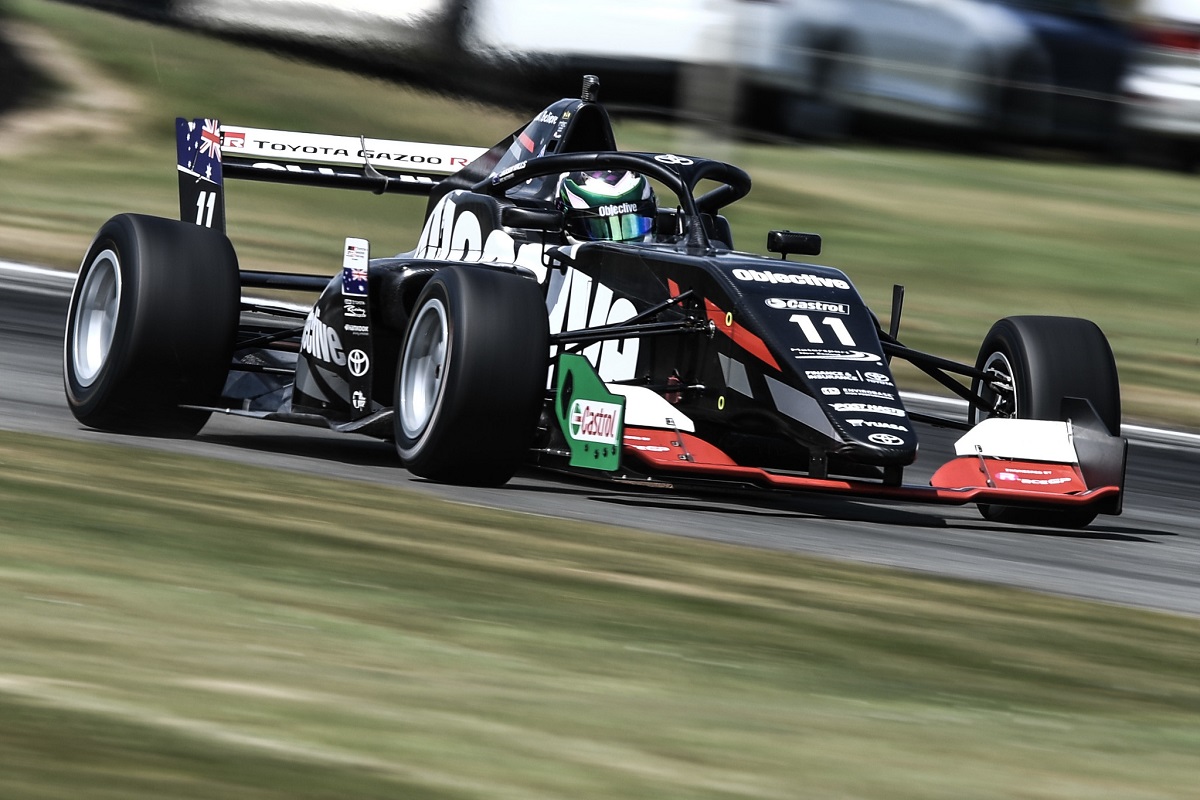 Walls left it until very late in the 15-minute session before showing his hand, taking the top spot in the dying seconds with a 53.535s lap.

The session was disrupted for a red flag involving M2 Competition?s Emilien Denner, who crashed after running wide at Turn 4. Denner dropped down the order from the top 10 into 13th place, just behind Giles Motorsport?s Lirim Zendeli.

At that point, Red Bull junior Yuki looked to be the driver to beat, but after making a crucial mistake running wide on his final lap ? he dropped back down to fifth place.

Lawson?s M2 team-mate Igor Fraga looked set to take the top spot until he was overhauled by the front row men, and will start the feature race from third spot, alongside MTEC?s Lucas Petersson.

His team-mate Oliver Rasmussen will start sixth, despite appearing to suffer from issues as the session started. He got going but lost a handful of minutes early on.

Race 1 winner Caio Collet will start seventh, alongside Kiwi Motorsport?s Franco Colapinto ? who again was rapid early in the session before dropping back.

Gregoire Saucy and Petr Ptacek ? the latter biding his time in the pits before putting down a marker ? rounded out the top 10.