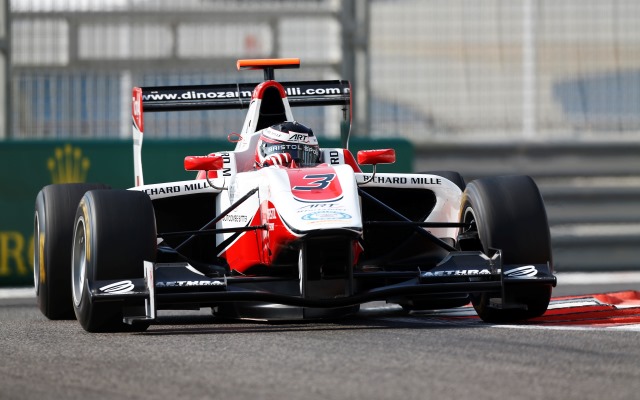 BRDC F4 has increased its prize package for the 2015 season, adding a Pirelli-funded award for the champion should they graduate to GP3.

The champion will again get to sample a GP3 car in the official test in Abu Dhabi at the end of the year, this time with the championship’s most successful team ART Grand Prix.

?We created BRDC F4 to provide young drivers targeting F1 without access to big budgets the most affordable series in which to learn with the greatest equality, so they can showcase their ability,” said Jonathan Palmer, Chief Executive of BRDC F4 promoter MSV.

“Funding is clearly crucial for the most successful to progress and I?m pleased that we have again been able to increase our prize package to provide the best reward of any series at this level for the champion.

?I am thrilled that our new tyre partner Pirelli shares our commitment to reward the best and is providing a huge prize for the champion if they graduate to GP3, a likely next step.

“When current F4 Champion George Russell had his GP3 test at Abu Dhabi in November, he adapted quickly to the car?s much greater performance and was the sensation of the official test. I?m sure our next F4 Champion can do the same and indeed perform well in a GP3 season.?

Pirelli’s Paul Hembery added: ?We?re delighted to further strengthen our new role as tyre supplier to BRDC F4. Pirelli has a company-wide philosophy of providing young drivers with opportunities to progress in motorsport, all the way to the very highest levels of competition.

“Giving a ?50,000 Pirelli award to the BRDC F4 Championship winner if they contest a season in GP3 is perfectly in line with our strategic objectives.?

ART boss Frederic Vasseur commented: ?As a successful team in GP3 and GP2, we?re always looking out for the most talented young drivers who will be the stars of the future.

“We will follow BRDC F4 with added interest this year to see who is likely to win the test with us, and we will do everything we can to help the winner make the most of this great opportunity.?