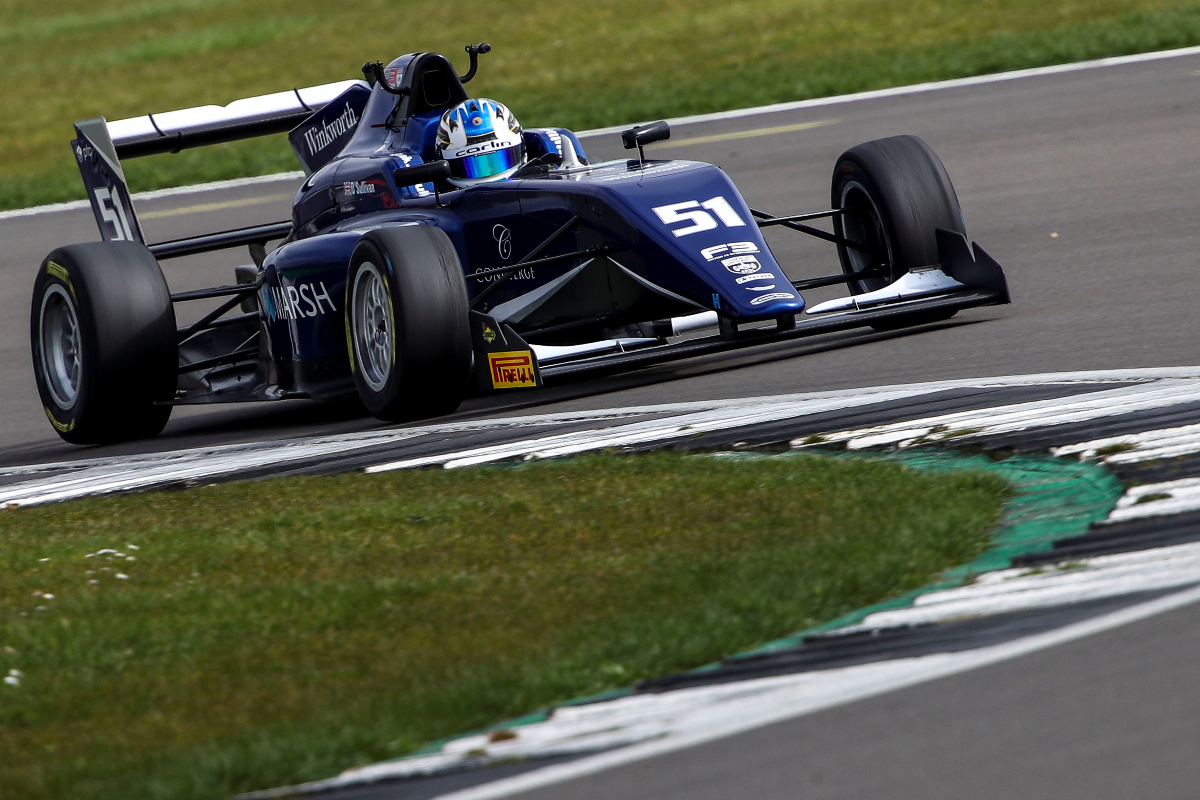 It started in wet and windy conditions, and Hitech GP’s Bart Horsten initially set the pace. Arden’s Alex Connor went top with 12 minutes to go of session one, and improved to remain there until the end ahead of Carlin’s Zak O’Sullivan, Horsten and Douglas Motorsport’s Dexter Patterson.

Chris Dittmann Racing’s Max Mazorati completed seven laps on the slippy track, while motorsport returnee Mikkel Grundtvig off the pace for Fortec Motorsports. He joined the team earlier this week for the private test at Silverstone.

In the F4 classification it was Carlin’s Dougie Bolger who was fastest, while slowest was French F4 racer Aiden Neate who completed three laps in one of Argenti Motorsport’s cars.

Connor was the only F3 driver who didn’t go faster in session two, as the weather improved and Fortec’s Roberto Faria set the pace. He ended up three tenths of a second ahead of Hitech’s Reece Ushijima, Carlin’s Christian Mansell and Arden’s Frederick Lubin.

Bolger’s team-mate Roman Bilinski took over at the top in F4, while Fortec’s points leader James Hedley only set three laps and was then not seen on track for the rest of the day.

The sun came out and the track dried for the afternoon, with laptimes improving by 15 seconds.

O’Sullivan topped the first dry session with a 1m21.486s lap, over half a second faster than Patterson and with Horsten the only other driver within a second of the pace. Bilinski again was quickest in F4, this time with a 1m28.144s lap and also with an advantage of over 0.5s. JHR Developments’ Matthew Rees and Carlin’s Kai Askey were his closest rivals.

Connor and Horsten traded top spot in session four, which was stopped twice, and as the chequered flag flew O’Sullivan went to the top and his Carlin team-mates Mansell and Bryce Aron also jumped up to the top positions.

Argenti’s Eduardo Coseteng set the F4 pace, as team-mate Neate ended the day by stopping on track, with Bilinski second fastest overall thanks to his previous benchmark. JHR’s Joseph Loake and Askey were second and third in the session.