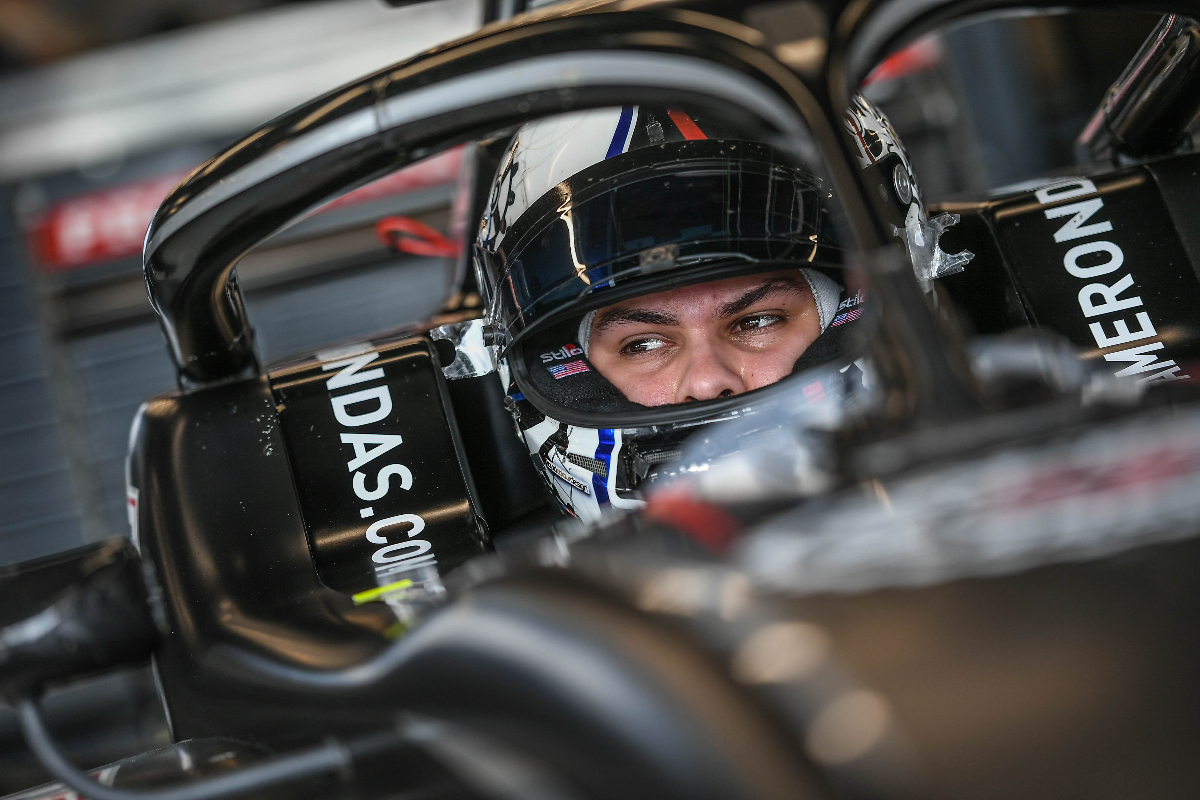 The American topped both sessions, with the later one leading to faster laptimes for everyone bar Drivex School’s Enzo Trulli. There were only 10 drivers at the test, with Van Amersfoort Racing’s Andreas Estner not continuing in the series after racing at Algarve, and Jak Crawford (Motopark) and Rafael Villagomez (VAR) doing FIA Formula 3 Championship testing.

Drivex’s Enzo Scionti was the initial pacesetter in the first test session, with CryptoTower Racing Team’s Louis Foster then taking over at the top.

After the first half-hour, drivers broke the two-minute barrier and Trulli brought the pace down to a 1m55.905s, a tenth faster than Foster. It took a while for those laps to be bettered, but Das managed to do it and ended with a 1m55.292s.

Trulli got quickly back into a sub-2m00s pace in the second session, but with more rubber on the track the laptimes rapidly dropped and the Italian rookie couldn’t quite keep up.

Foster was first to better him, by over 1.3s, then Stevenson went half a second faster than that. Das crossed the line a minute later with a 1m56.052s lap that put him on top, and remained the benchmark until Foster became the first driver to lap in the 1m54s.

Das responded later on to reclaim top spot, and then improved again in the final minutes to break into the 1m53s and get within three quarters of a second of the lap record.

Stevenson was second fastest, just ahead of Foster and his team-mate Nazim Azman. Joshua Mason was the top Double R Racing driver in fifth, ahead of Filip Kaminiarz (CryptoTower) and Trulli with his session one lap.