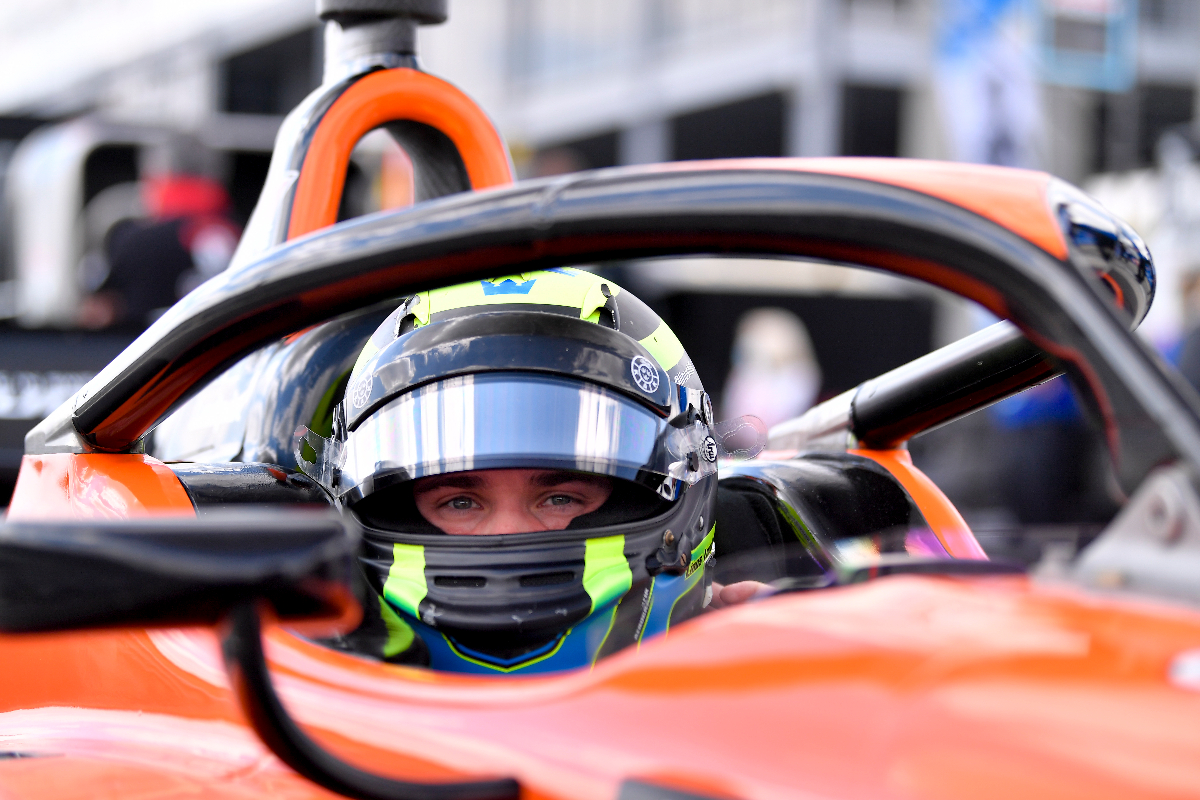 The Swede was on top almost from start to finish in the first Thursday session, with a 1m15.8839s lap being his best effort.

He improved on that by almost half a second in the second session of the day, while the pack behind got closer and less than a second covered the whole of the 13-car field.

Juncos Racing’s Toby Sowery got closest, going 0.0283 seconds slower than Lundqvist, while Carlin with Jay Howard Driver Development’s Alex Peroni was just a tenth behind in third after being second to Lundqvist in session one.

Andretti Autosport-run trio Devlin DeFrancesco, Kyle Kirkwood and Danial Frost were closely matched in fourth to sixth, with Frost having been third earlier in the day.

Points leader David Malukas was seventh fastest, but less than a third of a secondd slower than Lundqvist in his HMD-run car.