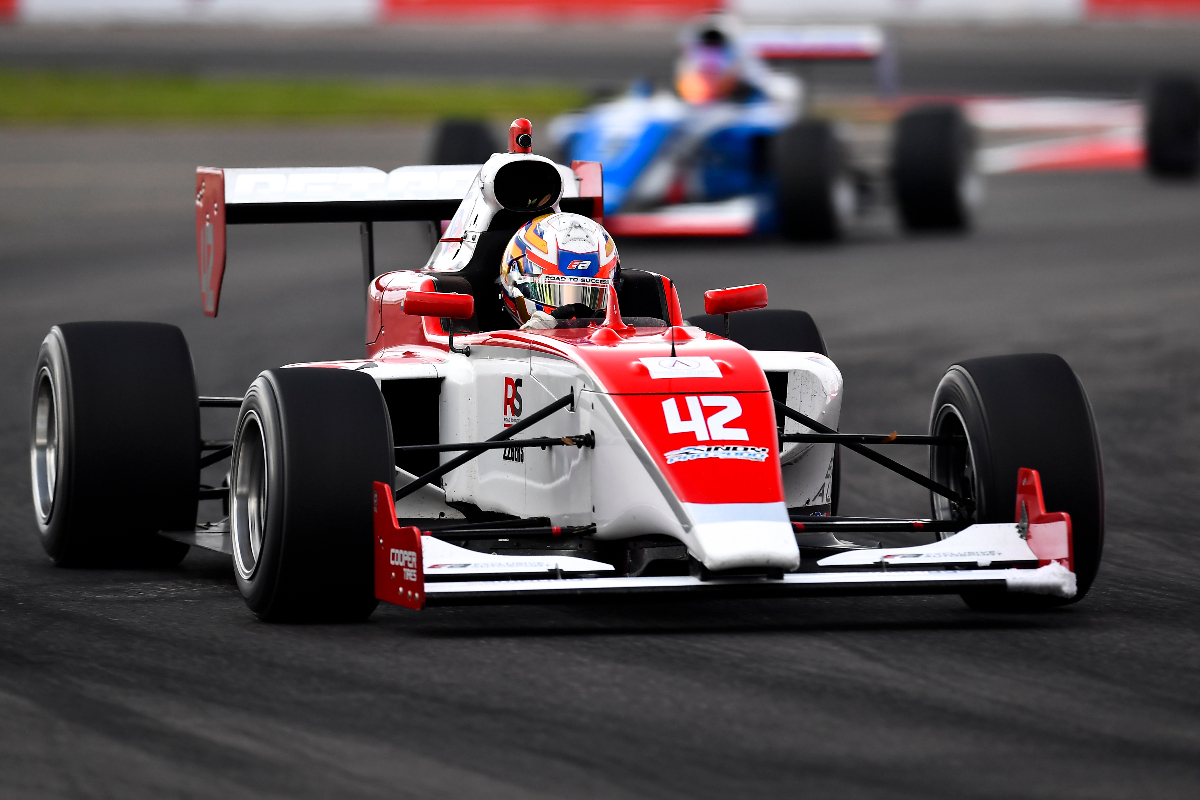 Artem Petrov set the pace in Indy Pro 2000 practice on Indianapolis Motor Speedway’s road course, as the top five were separated by less than a tenth of a second.

Juncos Racing’s Manuel Sulaiman was consistently at the top throughout the majority of the 30-minute session, although his margin was usually slender.

Sulaiman was able to gradually improve until the midpoint of the session, but his pace petered out towards afterwards.

In the closing stages, there was a flurry of fast laps coming in from a number of drivers. Sulaiman’s team-mate Reece Gold initially took the top spot, before being usurped by Exclusive Autosport’s Eves, and then Petrov, all in quick succession.

Gold and Sulaiman slipped down to fifth and sixth, with the early pacesetter just over a tenth off the pace.

Four drivers who raced last time out in St. Petersburg are absent. Hunter Yeany has a clash as Formula Regional Americas is racing later this weekend, while Enzo Fittipaldi has just finished FIA Formula 3 Championship testing in Spain. Cameron Shields’ budget has dried up, and Flinn Lazier also is missing.