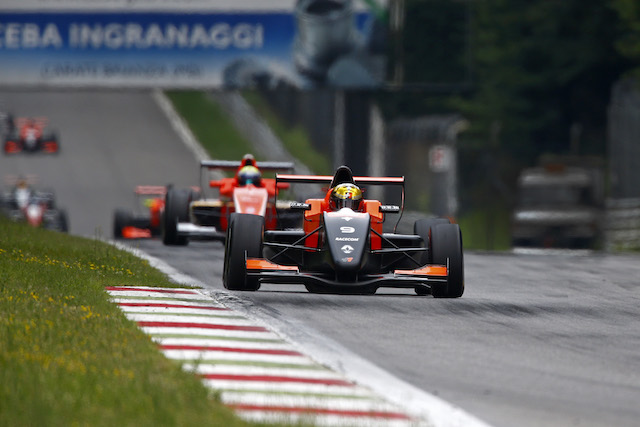 The Tech 1 driver had lost the lead to Norris at the first corner in race one, but this time snatched the lead from pole-sitting Josef Kaufmann Racing driver?into Turn 3.

Norris was able to reclaim the lead before the end of the first lap, but on the subsequent tour he was relegated to third by Boccolacci and?Harrison Scott.

Boccolacci would hold on to the lead after the restart while Scott and Norris came together, dropping down the order.

Boccolacci was able to escape to a 1.9-second victory while?Max Defourny came through to second, having sat seventh when Palmer and Daruvala made contact in front of him.

Monaco winner?Sacha Fenestraz took third from even further back, with?Hugo de Sadeleer spending most of the race in fourth, unable to capitalise and score his first podium.

SMP Racing drivers?Nikita Troitskiy and Robert Shwartzman?completed the top six, each making up 10 positions from row eight of the grid.

Norris took seventh ahead of?Nikita Mazepin and?Julien Falchero while?Ferdinand Habsburg claimed 10th from the back of the grid on the final lap.