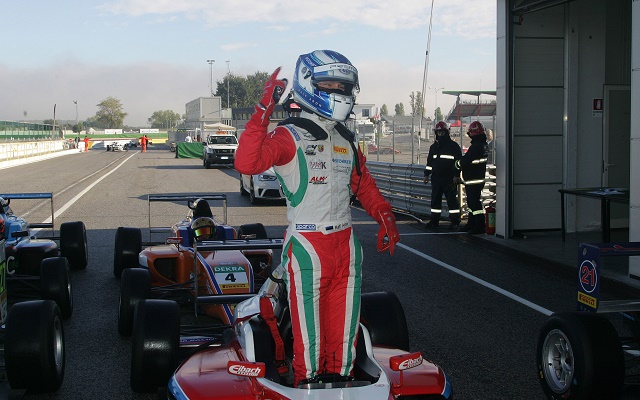 The race was nearly won by Raul Guzman as he gambled with wet tyres on a drying track, but, having led seven laps of the distance, the Mexican eventually dropped out of contention.

Aron passed poleman Robert Shwartzman shortly after the safety car start, but both were soon overtaken by Guzman, who began to storm off into the distance.

However, the track soon dried enough for slicks and the Mexican, who at one point was five seconds up the road, was reeled in and re-passed by Aron with five laps to go.

Alex Peroni, who had started 12th, ended up finishing runner-up to Aron, having fought his way up the order in the closing stages.

Guzman was shuffled down to sixth, with Bar Baruch making it seven different teams in the top seven.

Guan Yu Zhou, Mauricio Baiz and Joao Vieira made up the top ten.