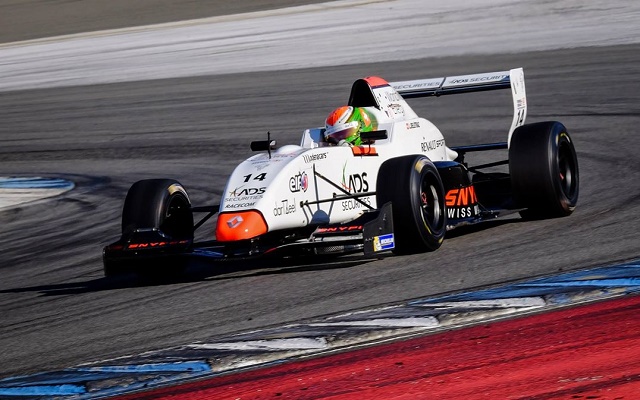 Formula Renault 2.0 NEC championship leader Louis Deletraz put himself in prime position to secure the drivers’ title by claiming pole for all three races of the Hockenheim finale.

The Swiss driver edged compatriot and main rival Kevin Jorg in both sessions and also picked up pole for race three on second-best times from qualifying one.

On second-best times, which determine the grid for race three, Daruvala demoted Jorg to row two, which the Swiss driver will share with Sasahara.

Finally, qualifying session two saw another Deletraz pole and, while Jorg managed to improve late in the session, he could only get to within 0.14s of his teammate.

Sasahara was third, ahead of an all-rookie quartet of Vanthoor, Oskoui, Daruvala and Defourny, while the top ten was completed by Zaruba, Mazepin and Chaves.