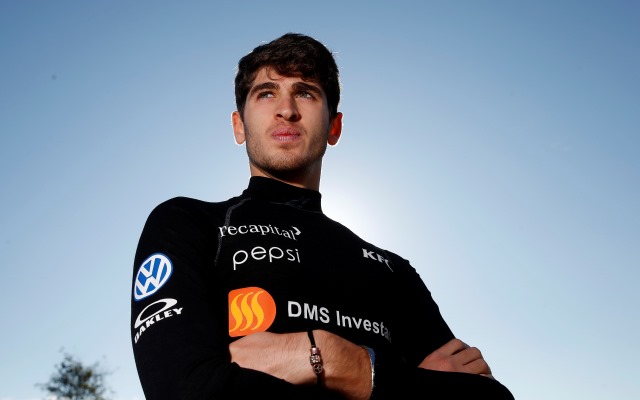 Antonio Giovinazzi signalled his intentions for this year’s FIA F3 European Championship by setting the pace on Tuesday morning as pre-season testing began in Valencia.

The Italian, who is the highest-placed driver from 2014 to return this year, was the only driver to dip below the 1m25s mark during the four-hour session.

He led a one-two for Carlin, with rookie George Russell coming second. The BRDC F4 champion was 0.239s in arrears of his team-mate.

Half a second behind Giovinazzi in fifth was F3 veteran Felix Rosenqvist as the quickest driver for his new team, Prema.

From the other end of the experience spectrum, karting graduate and Red Bull Junior Callum Ilott was close behind in sixth for Carlin.

Rounding out the top ten was Racing Steps Foundation ace Jake Dennis, who has moved from Carlin to Prema this year after finishing ninth – one spot behind new team-mate Rosenqvist – in the 2014 standings.

Of the 35 drivers named on last week’s season entry list, Eurointernational driver Marvin Kirchhofer is absent due to his commitments in GP3 where testing begins at Estoril on Wednesday, and Fortec’s Chinese drivers Martin Cao and Peter Li are sharing a car, with Cao behind the wheel on Tuesday.

Sean Gelael is testing a seventh Carlin Dallara, with plans to enter several rounds this year despite having graduated to Formula Renault 3.5 over the winter.